National Beverage (FIZZ -0.51%), the company behind the hit La Croix sparkling water franchise, trailed the market last month by falling 16% compared to a 1.8% uptick in the S&P 500, according to data provided by S&P Global Market Intelligence.

The decline added to a difficult period for the stock, which is down over 30% in the past year compared to a 10% boost in the broader market. 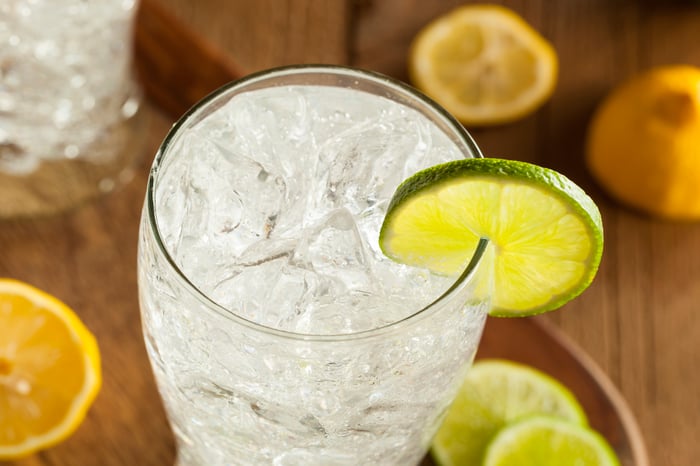 Investors had some concrete reasons to sell shares after the company announced surprisingly weak fiscal third-quarter results. Sales trends dipped into negative territory to mark a sharp deceleration from the double-digit gains National Beverage had enjoyed early in the year. Management had predicted a return toward that prior growth rate, and so the numbers came as a shock to Wall Street.

National Beverage's executive team didn't help matters by putting out a press release that raised questions about whether they have a good handle on market trends and if they're willing to clearly communicate those judgments to shareholders. Thus, the company now has to work toward winning back investor trust, in addition to stopping its market share slide over the coming quarters.