The company continues to benefit from growing demand for concert tickets. 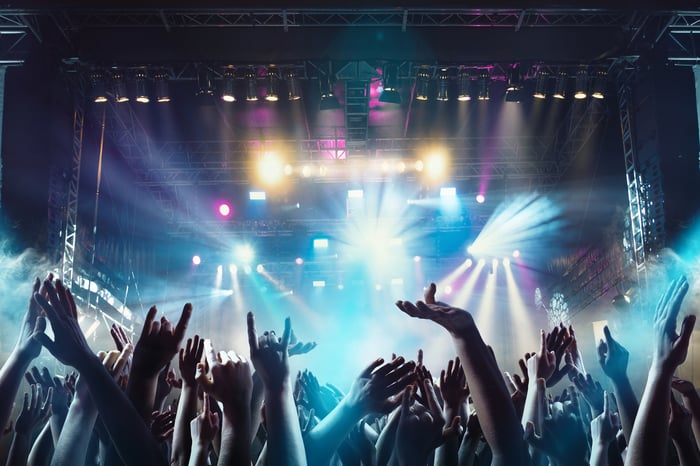 Live Nation has been a great growth stock for investors as the company continues to build its market share for live concert events around the world. Revenue climbed 11% in 2018 to $10.8 billion -- a record year for the company.

Adjusted free cash flow improved to $481 million last year, up from $334 million in 2017. This gives management ample resources as it focuses on expanding Ticketmaster's global footprint.

A total of 93 million people attended a Live Nation concert last year, up 8% over 2017. With attendance strong, the company's sponsorship and advertising revenue rose 13%.

During the conference call to discuss the quarter, CEO Michael Rapino explained the underlying trend that's driving growth: "Over the past 10 years, consumer spend on live experiences has grown by $5 billion per year. We believe this ongoing trend will structurally continue to drive increased demand for concerts globally."

As the leader in live events, Live Nation is perfectly positioned to benefit. The company is increasing market share and has plans to further monetize its fan relationships.

What's more, management is looking to expand its ticketing operations, most notably in Latin America, where demand is booming for live concerts. Live Nation acquired a majority stake in DF Entertainment in 2018, a concert promoter in Argentina.

Management expects to deliver more growth on the top and bottom line in 2019, driven by double-digit growth in sponsorships and continued growth from Ticketmaster.