Biotech investors who let go of their Alnylam Pharmaceuticals (NASDAQ:ALNY) shares after a disappointing trial failure in late 2016 must be kicking themselves right now. The stock has risen 150% since safety concerns put an end to one of its most advanced new drug candidates at the time.

Last summer, the FDA approved Alnylam's first new drug, and a handful of late-stage candidates aren't far behind. The company is still losing heaps of money, but investors enthusiastic about its pipeline have inflated Alnylam's market value to $9.7 billion at recent prices. Let's look at what lies ahead to see if the company can meet some lofty expectations and deliver further gains. 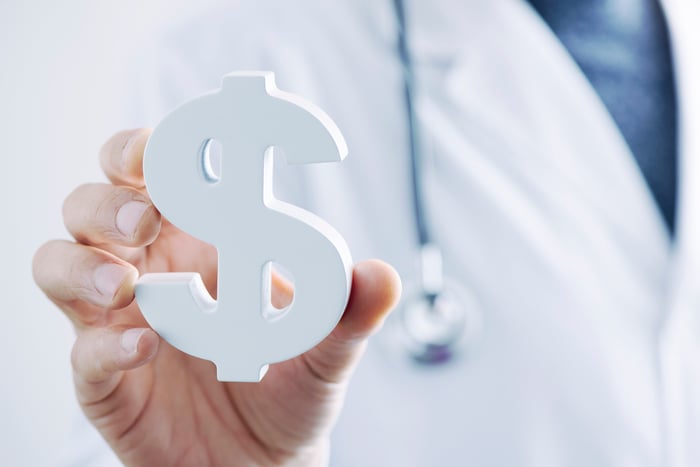 Alnylam uses an RNA interference approach to dial the expression of a specific gene up or down. Getting RNA into target cells isn't easy, but it could lead to an endless parade of new drugs for patients that currently have no good options.

Sales of Alnylam's first RNAi drug, Onpattro, for the treatment of nerve damage caused by hereditary transthyretin-mediated amyloidosis (hATTR), reached just $12.1 million during its first three months post-approval. It's too early into Onpattro's launch to know if sales will pass $1 billion in 2023 as expected, but it could get a big boost soon.

Tangled transthyretin builds up in heart tissue far more often than peripheral nerves. In mid-2019, Alnylam plans on beginning a phase 3 study that could support an important label expansion to treat hATTR-related cardiomyopathy with Onpattro.

It looks like Alnylam won't be a one-drug biotech for much longer. The company recently presented pivotal trial results for givosiran, an experimental treatment for a rare disease called acute hepatic porphyria. This condition leads to a buildup of two toxic enzymes that cause severe bouts of abdominal pain that regularly require hospitalization and powerful opioid painkillers for several days, sometimes weeks. 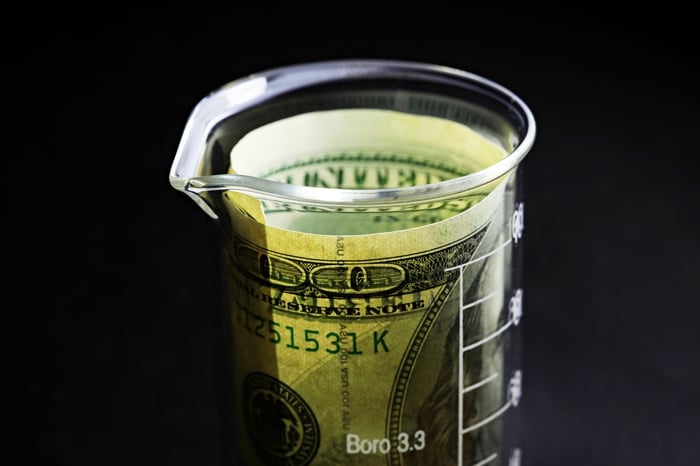 During givosiran's pivotal study, 23 out of 46 patients were still attack-free after six months of treatment. In the placebo group, a majority of patients were on track to suffer at least 10.7 attacks per year. Alnylam has already started a rolling submission and will probably submit the rest of givosiran's application to the FDA in the middle of the year.

Alnylam has a second hATTR candidate, called vutrisiran, ready to begin a phase 3 study before the end of 2019. During the fourth quarter, the company also began a phase 3 study with lumasiran as a treatment for primary hyperoxaluria type 1 (PH1).

Patients with PH1 produce too much oxalate, which leads to recurrent kidney stones beginning at a young age. We'll know if vutrisiran truly reduces the kidney damage those stones cause when top-line results read out later this year.

Beyond its wholly owned programs, Alnylam also sports some important collaborations you should know about. The Medicines Company (NASDAQ:MDCO) has turned a lot of heads with a cholesterol-lowering treatment licensed from Alnylam, called inclisiran. Alnylam's Sanofi (NASDAQ:SNY) partnership is winding down, but the big pharma is still running a phase 3 study with fitusiran, a potential new hemophilia treatment.

Finally, Alnylam will receive $800 million up front from Regeneron (NASDAQ:REGN) and could collect another $200 million in milestones. The pair will team up to develop new treatments for disorders of the eye, nervous system, and liver. 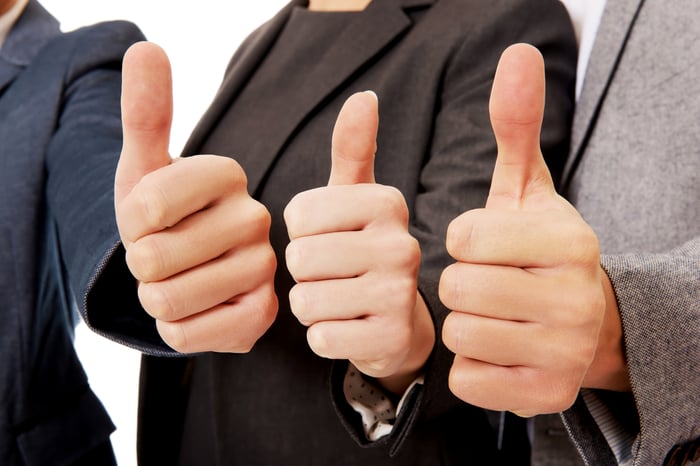 In 2016, Alnylam shuttered a phase 3 study for revusiran after noticing a mortality imbalance between patients receiving the experimental hATTR treatment and the placebo group. There haven't been any serious safety scares since, and the company's run a lot of studies with similar candidates since then.

The biggest problem with Alnylam stock at the moment is a market cap that's swollen to $9.4 billion at recent prices. At this valuation, more than one of the company's late-stage candidates must succeed in commercial stages to provide market-beating gains.

Alnylam has so many new drug candidates approaching the finish line that expecting more than one blockbuster to emerge from it seems reasonable. That said, it's important to tread lightly here, because the stock has a long way to fall if things don't work out for Onpattro and the rest of its pipeline.

Alnylam finished 2018 with $1.1 billion in cash and another $800 million from Regeneron is on the way. That means the biotech won't need to visit the equity tap before we see pivotal trial results from at least four potential new drugs. This stock isn't for the faint of heart, but it's a pretty good buy at recent prices, as long as you don't cut and run at the first sign of trouble.