Please ensure Javascript is enabled for purposes of website accessibility
Log In Help Join The Motley Fool
Free Article Join Over 1 Million Premium Members And Get More In-Depth Stock Guidance and Research
By Billy Duberstein - Apr 20, 2019 at 6:30AM

This cannabis retailer is spending big in hopes of making an even larger impact.

With Canada's legalization of marijuana in late 2018, much of the attention has been on companies that sell into the country's fully legal market, but now that Canada has gone ahead, many think full U.S. decriminalization could be around the corner.

Even without legalization, the U.S. cannabis market is already bigger than Canada's. According to Greenwave Advisors, the U.S. marijuana market is set to grow from $9.6 billion in 2018 to $35 billion in 2022. That compares with CIBC's estimate for only 6.8 billion in Canadian dollars (roughly US$5.1 billion) for the Canadian market by 2020.

Thus, it might be a good time to start looking at the biggest U.S. pot players. Though U.S. marijuana operators are still subject to byzantine state laws amid weed's federal status as a Class I drug (the most restrictive drug class), these obstacles also create barriers to entry, potentially benefiting the early leaders. In addition, many of the largest state players are currently merging in order to stake out large, defensible national positions.

That's exactly what MedMen Enterprises (MMNFF -0.73%) is doing. More than any other company, MedMen is aggressively pushing toward mainstreaming cannabis use and establishing itself as a hip, cutting-edge lifestyle brand, like Apple did for the computer industry. That aggressiveness could make MedMen the most exciting cannabis company in the U.S.... but also potentially the most dangerous. Here's why. 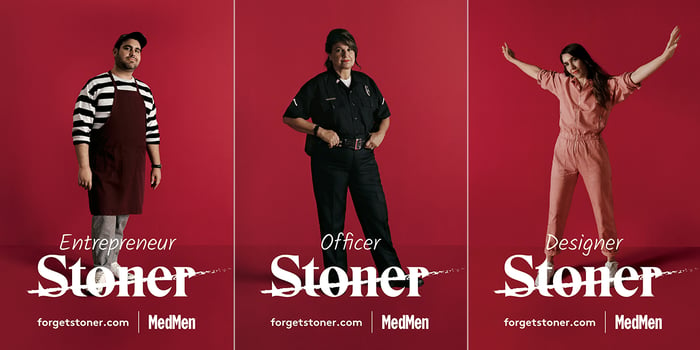 First, the exciting stuff. While MedMen might not have gotten its brand name from the TV show Mad Men and the Madison Avenue executives it portrayed, the company has made the biggest marketing splash of all the U.S. pot operators. Based in Culver City, CA, MedMen's stores occupy prominent locations in the highest-end neighborhoods in the U.S., including West Hollywood, Beverly Hills, Venice Beach, Fifth Avenue in New York, Las Vegas, and even LAX airport. The company also plans to open its Miami Beach location this year, the result of a large September acquisition.

MedMen doesn't just locate its stores in high-end, high-traffic areas -- it also aims to provide a high-end experience, like the Apple store, with a light, airy atmosphere. The luxury attitude also permeates MedMen's advertising campaigns as well. After California's legal  recreational pot market opened in 2018, the company took out prominent billboards around its home city of Los Angeles, coloring the skyline with its "Forget Stoner" campaign, aimed at removing the stigma around pot smoking.

Speaking of the Apple store, MedMen actually trounces not only Apple, but also other well-known retail brands such as Starbucks and Tiffany & Co. in terms of sales per square foot. The company is also incorporating the lessons of these best-in-class retailers, rolling out its own point-of-sale system for centralized data gathering, with the aim of improving its targeted advertising and implementing an upcoming loyalty program.

MedMen is also growing rapidly, having opened or bought many dispensaries in 2018. In the quarter ended Dec. 29, 2018, MedMen grew revenue 39.5% quarter-over-quarter on only two additional active retail locations (16 vs. 14 in the prior quarter).

Yet even that growth doesn't give investors a full picture of what's to come. MedMen has been on a massive expansion campaign during the past two quarters, buying dispensaries in Arizona, Northern California, and Illinois, then capping it off with a massive $682 million purchase of PharmaCann. The PharmaCann acquisition allowed MedMen to expand into the states of Pennsylvania, Maryland, Massachusetts, Ohio, Virginia, and Michigan, in addition to gaining dispensaries in New York and Illinois. The company thus expanded its operational retail locations to 32, and state licenses to 78 potential locations, in short order.

Given that retail locations and licenses can be hard to get in many states, MedMen's "land grab" -- both in terms of physical locations and brand awareness -- could pay off in spades.

Of course, all this rapid expansion doesn't come for free. As a result of MedMen's aggressive spending, the company has massively diluted shareholders, since most of these transactions were paid for in stock. There are several other red flags as well:

1. Unprofitable, despite what management says. Though MedMen tries to portray itself as a profitable company, it is most definitely not. Management goes through great pains to point to two nonstandard metrics: sales per square foot and a "four-wall EBITDA" in its most mature California stores. In the December quarter, the California four-wall EBITDA figure came in at $5.74 million, a margin of 24.2%, which is pretty good for a retailer.

However, four-wall EBITDA excludes many real expenses. The company's depreciation expense accounts for about 60% of this EBITDA figure. Contrary to what many management teams say, depreciation is a real expense -- especially for a retailer that needs its stores looking pristine at all times.

In addition, the company spends a huge amount of money on technology, marketing, and corporate overhead, to the tune of $65.7 million last quarter. These expenses drove actual operating losses to $61.8 million in just one quarter, for an operating margin of negative 206.4%.

Like other U.S.-based cannabis retailers, MedMen is also subject to Section 280E under the Internal Revenue Code, which doesn't allow cannabis retailers to deduct certain expenses that other companies can. So despite heavy operating losses, MedMen still had to pay $2.2 million in taxes last quarter.

2. Ex-CFO lawsuit. Even more worrisome than these losses is a recent lawsuit brought against the company by ex-CFO James Parker. Parker made several disturbing allegations against MedMen's CEO and president, claiming they forced Parker to, among other things:

Though MedMen denies all allegations as false accusations from a disgruntled ex-employee, these are all troubling, to put it mildly.

3. Miami blues. MedMen is also suing the city of Miami, which just instituted a zoning restriction that says dispensaries may not be within 1,200 feet of each other. That's a problem for MedMen, which had already secured a lease and begun construction for its new location within 300 feet of another dispensary. The new ordinance was issued after work had started, so now MedMen may be out the construction and lease expenses with nothing to show for it.

A big new investor shows the promise and perils of MedMen

One big development for MedMen was a $250 million convertible note investment by private equity fund Gotham Green Partners that occurred in late March. This investment really outlines both the pros and cons of investing in MedMen's stock.

On one hand, this massive investment shows that deep-pocketed investors are still excited about MedMen's potential, despite the lawsuits. On the other hand, it also creates a new senior class of stakeholders. Should Gotham convert this note into stock in the future, it would be yet another massive dilution for current shareholders.

Because of all of this, I'd probably stay on the sidelines with MedMen, at least until the company proves it can make sustained profits at the corporate level and stops making highly dilutive acquisitions. Nevertheless, MedMen's marketing prowess and aggressive retail execution is enough to keep me very interested in its future.