Shares of Waters (NYSE:WAT) were sinking 13.6% lower as of 11:11 a.m. EDT on Tuesday. The specialty measurement company announced disappointing first-quarter results before the market opened. Waters reported revenue of $514 million, well below the consensus analysts' estimate of $545 million. The company also announced non-GAAP earnings per share (EPS) in the first quarter of $1.60, lower than the average analysts' estimate of $1.72.

It's important to keep things in perspective. Waters reported better-than-expected Q4 results in January, causing the stock to jump. Even with today's decline, shares are still up around 10% year to date. 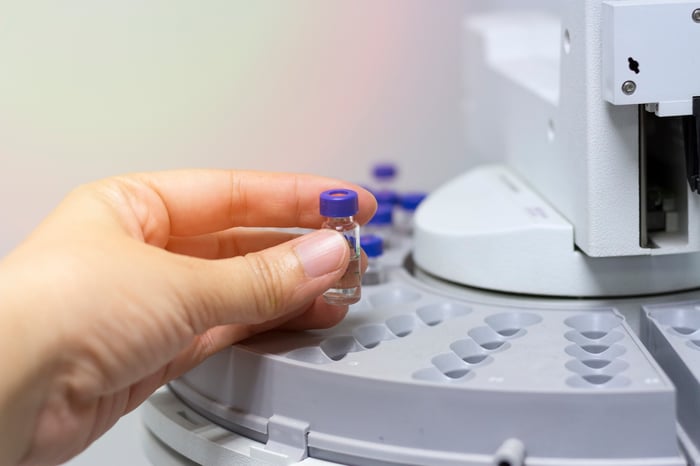 Also, one of the reasons for Waters' poor showing in the first quarter is a timing issue. CEO Chris O'Connell stated that one factor that led to sales that were below expectations was "a slow release of budgets by key pharmaceutical and industrial customers."

However, there were other factors that could be more concerning. In explaining why Waters underperformed in Q1, O'Connell first mentioned "greater-than-expected macro impacts in China and Europe." He was primarily referring to trade tensions between the U.S. and China and Brexit (the planned exit of the United Kingdom from the European Union).

On the other hand, Waters continues to enjoy a strong position in the global market for specialty measurements. The company also has new products that are expected to launch this year that should boost sales.

Waters lowered its full-year 2019 outlook after its disappointing Q1 performance. The company now expects constant currency sales growth between 2% and 4% compared to its previous guidance of growth between 4% and 6%. Waters also projects non-GAAP EPS in 2019 between $9.05 and $9.25 versus its previous outlook of $9.20 to $9.45.

However, the company also expects the second quarter will be better than Q1. Waters projects Q2 non-GAAP EPS between $2.05 and $2.15. The midpoint of this range reflects a 31% increase over the Q1 EPS result.