The oil services company's results got hit by a weaker market in North American onshore drilling than Wall Street anticipated.

Shares of oil services company Superior Energy Services (SPN) were down 14.8% as of 3:30 p.m EDT today. The stock drop comes after the company released first-quarter earnings results that were below Wall Street expectations. 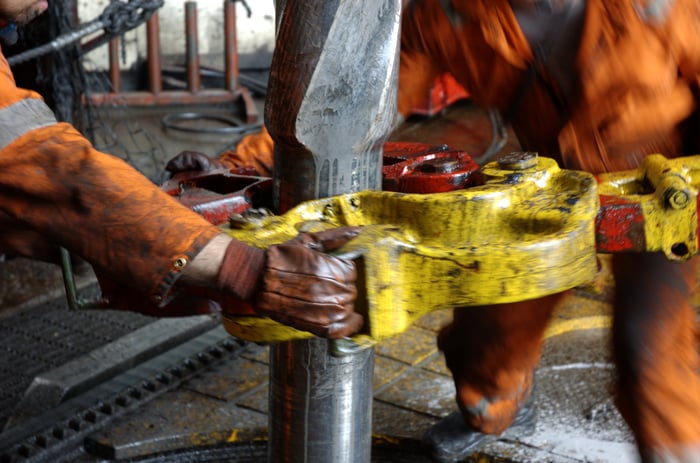 After the close of the market yesterday, Superior reported a net loss per share of $0.31. While management said that the result was in line with its expectations, Wall Street had other plans. Analyst expectations for the quarter were for a loss of $0.24 per share.

Even though this most recent quarter's result was better than this time last year, Superior was facing several headwinds including lower demand for its pressure-pumping services in shale basins. This theme was common in the fourth quarter: Many oil and gas producers elected to complete fewer wells, because of exhausted capital budgets and a lack of pipeline takeaway capacity. While there are several new pipes under construction, takeaway capacity will likely remain constrained for several more months in red-hot shale basins like the Permian in Texas.

Because of the uncertainty around what U.S. onshore producers will do for the next several months, Superior's management intends to focus more of its capital spending on offshore and international markets. That sounds like a good plan, but it's worth noting that more than 65% of its revenue comes from U.S. onshore drilling activity.

So Superior's results for the rest of 2019 will pretty much follow whatever happens in the U.S. onshore market. As long as there are capacity constraints and more services equipment than needed, Superior's results are going to suffer.