Find out how earnings affected these stocks.

The stock market was choppy on Wednesday, eventually finishing with modest losses after spending time on both sides of the unchanged mark during the trading session. Most of the focus among investors was squarely on earnings season, which has seen a crescendo this week as more companies issue their reports for the first quarter. Even though the declines for major benchmarks were relatively small, some stocks gave up a lot more ground. iRobot (IRBT -3.55%), Hawaiian Holdings (HA -3.32%), and Sirius XM Holdings (SIRI -1.60%) were among the worst performers. Here's why they did so poorly.

Shares of iRobot plunged 23% after the robotic vacuum specialist said it hadn't produced as much sales growth in the first quarter of 2019 as many had expected. iRobot reported a 9.5% rise in revenue, but adjusted earnings per share were down about 8% compared to year-ago levels. The company said that the launch of its Roomba i7 and i7+ models went well in most of its overseas markets, including Japan, China, and greater Europe. Yet even though iRobot repeated its full-year guidance for revenue and boosted its projections for earnings, investors couldn't get past the threat of competition and the risks involved in efforts to diversify into robotic lawn mowers and other product lines. 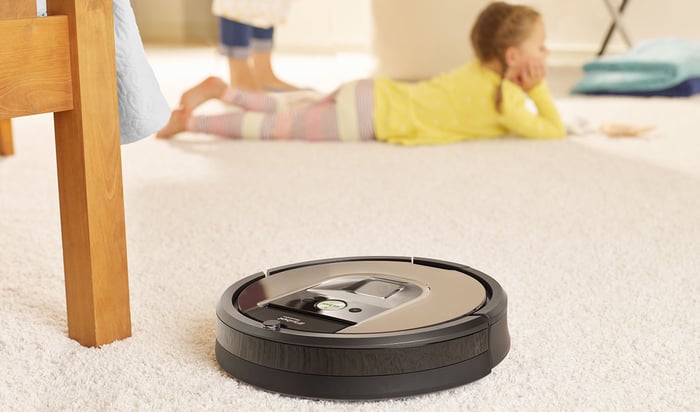 Hawaiian Holdings stock declined 7% following the airline's release of its first-quarter financial report. Hawaiian said that operating revenue fell slightly during the period compared to the year-ago quarter, and adjusted net income took a greater-than-40% hit over the same time frame. Overcapacity issues continued to plague the market in flying between Hawaii and the West Coast of the U.S., and those pressures could get worse as rivals expand their own flight schedules to the island state. With projections from the company that suggest further pressure on margin levels heading into the key summer months, investors in Hawaiian Holdings are likely to keep experiencing turbulence for the foreseeable future.

Finally, shares of Sirius XM Holdings fell 7%. The satellite radio giant reported that pro forma revenue rose 10% in the first quarter of 2019 compared to year-earlier results, including the numbers from the recently acquired Pandora Media. The company said that Sirius XM subscriber counts rose to more than 34.2 million, including 29.1 million self-pay subscribers. Meanwhile, Pandora saw ad revenue hit a new first-quarter record, but not everyone was happy to see monthly active users drop by 6.3 million to 66 million. Yet even with earnings per share falling by half, long-term investors should look past merger-related disruptions and instead focus on the promise that combining Sirius XM and Pandora under one umbrella should have for the satellite radio giant going forward.