Shares of the big-box retailer dipped after Amazon said it would speed up its shipping times.

Shares of Target (TGT -0.02%) were falling today after rival Amazon (AMZN -0.77%) said it would begin providing free one-day shipping to Prime members, shortening the shipping time on millions of items from two days. The news weighed on several brick-and-mortar retailers including Walmart and Best Buy, but Target took it the hardest of the bunch, falling 5.6% as of 12:25 p.m. EDT.

In recent years, Target has made a number of efforts to enhance its e-commerce capabilities, speeding up shipping and making online order pickup easier. The retailer's biggest move was acquiring Shipt, the Instacart competitor, for $550 million. Target now offers delivery in two hours or less with Shipt from 1,500 stores in 200 markets for a $99 annual membership fee, less than the cost of $119/year cost of Prime. The company has also expanded programs like Drive Up, through which customers simply pull up to a Target store and get their orders packed into their trunk, to 1,000 stores. Over the holidays, Target also stepped up efforts to grab market share, offering free two-day shipping on hundreds of thousands of items without the usual $35 order minimum. 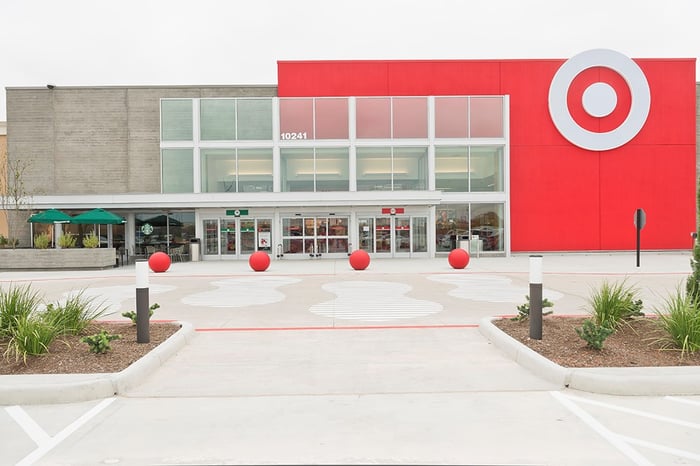 That helped drive comparable sales up 5.3% in the fourth quarter and digital sales up 36%.

On its earnings call, Amazon said it would spend $800 million in the second quarter to help make the transition from two-day shipping to one-day, though CFO Brian Olsavsky also said that it would "take time to achieve," meaning it will be probably several quarters before one-day shipping is available to all U.S. Prime customers.

The market has a habit of overreacting to such news from Amazon, and that seems to be what's happening here. Supermarket stocks, for example, plunged when the company announced its Whole Foods acquisition, and healthcare stocks did the same on the PillPack acquisition news. However, Amazon remains a bit player in both of those industries for now, and those sectors' stocks have recovered since then.

Amazon may grab marginal market share from its competitors by shaving its shipping times, but retailers like Target aren't standing still. The company is busy expanding Shipt and Drive Up and opening small-footprint stores in underserved urban neighborhoods, the kind that have historically been ripe territory for Amazon. Given Target's increasing strength in e-commerce, its other strategic moves, and its general momentum, today's sell-off seems exaggerated.

Should Investors Buy the Dip in Target Stock?
360%