Please ensure Javascript is enabled for purposes of website accessibility
Log In Help Join The Motley Fool
Free Article Join Over 1 Million Premium Members And Get More In-Depth Stock Guidance and Research
By Rich Duprey - May 1, 2019 at 10:26AM

Confectioner beats expectations on strength of its non-candy acquisitions.

Hurting from changing preferences in how consumers snack, Hershey (HSY 0.91%) began diversifying away from chocolate by making acquisitions several years ago that were more focused on better ingredients. Today, those deals are starting to pay off.

First-quarter results beat expectations, with revenue coming in at $2.02 billion, up 2.3% and ahead of the $2 billion Wall Street forecast, while adjusted earnings of $1.59 per share handily beat analyst projections of $1.47 per share, and were up 12.8% year over year. 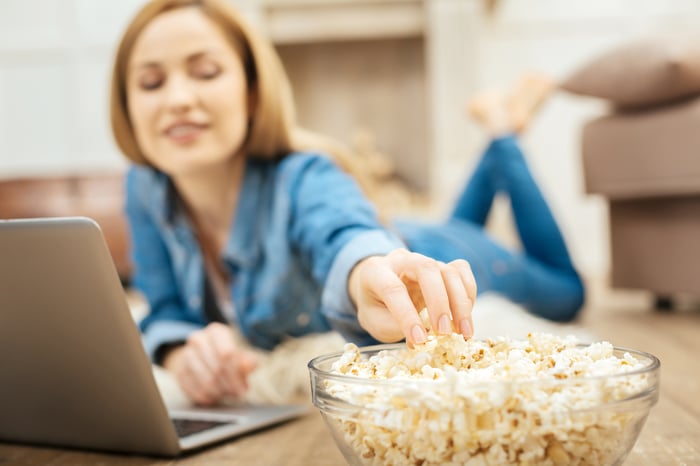 "Our year has gotten off to a strong start and we are on track to deliver our financial commitments," Hershey president and CEO Michele Buck said in a statement announcing the results.

Of more immediate assistance was the longer selling season for Easter, which due to a quirk of the ecclesiastical calendar had the holiday come a full three weeks later this year, helping to drive organic constant currency net sales growth some 2% higher for the period.

Hershey focused on its core brands, including Reese's and Cadbury, which have a combined market share of more than 25%, and benefited from Cadbury's new "shimmer eggs," which was one of the top-selling products this year.

Perhaps a bigger surprise was how strong Hershey's e-commerce efforts are developing. Online sales grew 50% in the first quarter, helping its share of the online chocolate market jump 120 basis points.

Also, Hershey's bottom line was aided by the fact that it got a break from rising commodity costs in the quarter. Adjusted gross margins rose 80 basis points to 45.7%, and they helped boost North American margins by 60 basis points.

Coming off a sugar high

What Easter and its accompanying seasonal traditions couldn't help, however, was the continued weakness in candy, mint, and gum sales, which tumbled 6% through April 14, worse than the 5.4% drop in the category generally, meaning it lost 20 points of market share.

It also means for the current quarter, Hershey's May sales are going to be weak, since everyone's had their fill of candy and snacks from the holiday. It probably won't be near enough to offset strong sales in April, as Hershey says its retail takeaway grew about 15% to 20%, and expects it should have gained as much as 150 basis points in seasonal share gains.

Hershey is the picture of a company in transition, as its standard way of doing business is being challenged by evolving consumer tastes. Chocolate is no longer enough to satisfy the consumer or the confectioner, and Hershey was at least savvy enough to begin altering how it approached the market.

Having struggled with growth beforehand because of its reliance upon chocolate, Hershey became the target of a takeover by global snack giant Mondelez International. It may have been that deal falling through that convinced the candy company it needed to broaden its horizons. Within a year it had acquired Amplify and Pirate, and its stock is up 32% over the past 12 months.

And Buck says Hershey continues to remain "committed to delivering balanced growth today, while making key investments in our brands, capabilities and people to take the business to the next level in the future."

Competition is still fierce, particularly with rival M&M Mars, which has laid out its own growth plan to double sales from $35 billion to $70 billion over the next decade, though it plans to do so mostly through its pet care and non-confectionary nutrition businesses. Hershey, on the other hand, had $7.8 billion in sales in 2018.

While it won't approach Mars' size, Hershey is positioning itself to grow, and its first-quarter results are a sweet taste of what is to come.

Is Hershey Going to Melt After Rising 34% in a Year?

Hershey Earnings: What to Watch on April 28

4 of the Safest Dividend Stocks to Help You Crush Inflation