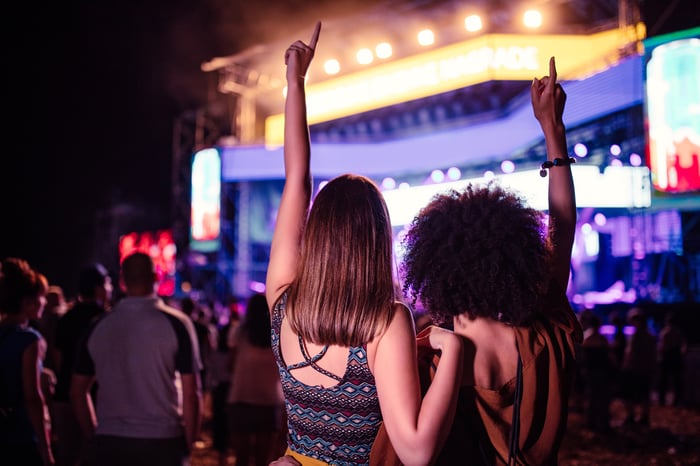 On the earnings call, CEO Michael Rapino explained how his company is able to raise ticket prices without damaging its audience growth.

"We have continued shifting to market-based pricing, growing the use of platinum tickets. Looking at our front-of-house tickets, amphitheater pricing is up double digits this year, and both amphitheaters and arenas have seen an increase in pricing of over 30% across the past two years," Rapino said. "Even with this improved pricing, we're not seeing any pullback in demand for concerts as sell-through rates continue to be strong globally, across arenas, amphitheaters and stadiums, and from the best seats in the front to the lawn seats at our amphitheaters."

Live Nation is not known for issuing detailed financial guidance, but management did underscore their earlier projections for the full fiscal year.

The concerts division is now expected to deliver "double-digit growth" in adjusted operating income this year. It's hard to say whether that's an acceleration or a dampening of the old projection, which called for "strong growth" in that metric. More specifically, the company now expects accelerated growth in the second and third quarters of this year as Live Nation's recent investments in improved concert-arranging infrastructure start to pay off. This impact was always planned to coincide with the strongest seasonal growth periods on Live Nation's annual calendar.

For the ticketing segment, AOI should rise by mid-single-digit percentages in 2019. Live Nation had not provided a target for this division alongside the fourth-quarter update.

Sponsorship and advertising AOI was aimed at "double-digit" percentage growth three months ago, and that language didn't change at all.