Please ensure Javascript is enabled for purposes of website accessibility
Log In Help Join The Motley Fool
Free Article Join Over 1 Million Premium Members And Get More In-Depth Stock Guidance and Research
By Beth McKenna - May 5, 2019 at 8:15AM

The top cannabis grower's stock continued its strong 2019 performance, thanks to a strategic move in the U.S. marijuana space. 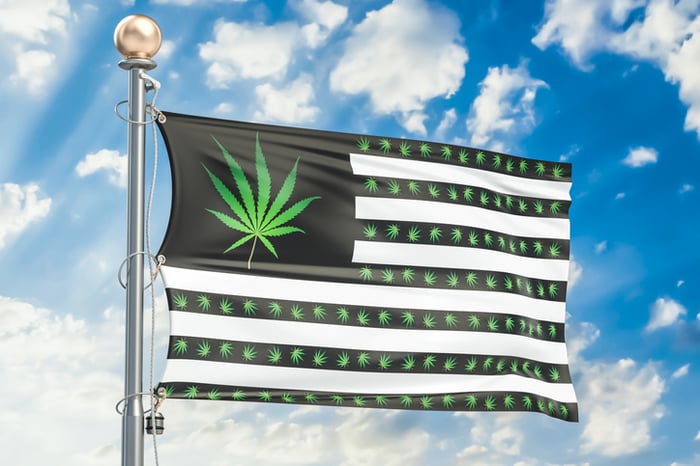 The primary catalyst for Canopy stock's rise last month was the company's announcement on April 18 that it was buying the rights to acquire Acreage Holdings (ACRGF), a U.S.-based cannabis producer. The deal involves Canopy paying $300 million up front for the right to acquire Acreage for $3.4 billion if and when the U.S. federal government legalizes marijuana.

"Today we announce a complex transaction with a simple objective. Our right to acquire Acreage secures our entrance strategy into the United States as soon as a federally permissible pathway exists," Canopy Co-CEO Bruce Linton said in the press release.

While medical and/or recreational marijuana is legal in many U.S. states, Canopy can't currently enter those markets because the exchanges its stock are listed on (New York Stock Exchange, or NYSE, and Toronto Stock Exchange, or TSX) prohibit their listed companies from engaging in any enterprise that is illegal on a federal level. 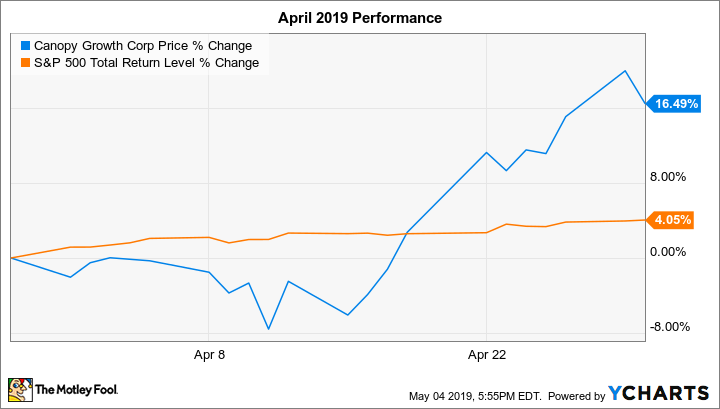 Canopy stock's robust April performance is a continuation of the momentum shares have had all year: 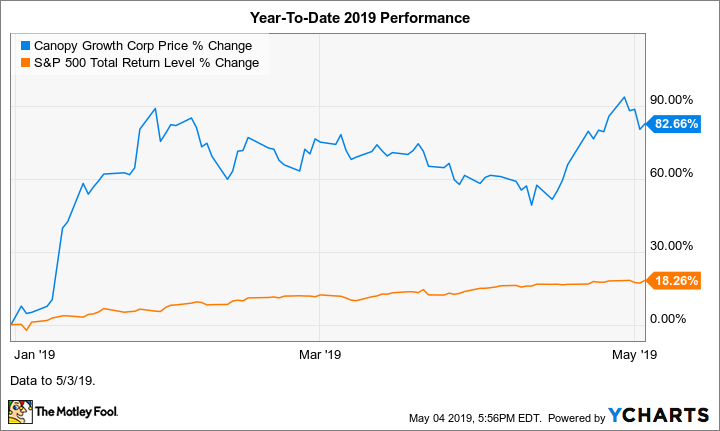 If you're an investor who wants exposure to the fast-growing cannabis space, Canopy Growth stock should be on your watch list. The stock's valuation is sky-high, even for this sector, so you should have a long-term outlook since much growth is already priced in.

That said, Canopy has significant competitive advantages among the cannabis growers. It has a partnership with alcoholic beverage giant Constellation Brands (STZ -0.94%) and a huge cash pile, thanks to receiving $4 billion from Constellation last fall when the maker of Corona and Modelo beers increased its stake in Canopy to 38%. The two partners are working on developing cannabidiol (CBD)-infused beverages, which are expected to be legal in Canada later this year. (CBD, which can be extracted from both marijuana and hemp, is a nonpsychoactive chemical that's been associated with various medicinal benefits.)