Please ensure Javascript is enabled for purposes of website accessibility
Log In Help Join The Motley Fool
Free Article Join Over 1 Million Premium Members And Get More In-Depth Stock Guidance and Research
By Dan Caplinger - Updated May 8, 2019 at 5:18PM

The drug distributor isn’t back to full strength, but it has investors a bit more comfortable about its future.

Politics and economics often interact, and lately, companies like McKesson (MCK 1.17%) haven't had the political winds at their backs. With legislators from both major political parties complaining about high drug prices and their impact on Americans, the drug distribution and wholesale industry is in the crosshairs of reform efforts. That, along with ongoing challenges internationally, has proven problematic for McKesson lately.

Coming into Wednesday's fiscal fourth-quarter financial report, McKesson investors had hoped that the company would be able to get some of its growth mojo back. McKesson's numbers were mixed in that regard, but the drug distributor did manage to produce some earnings gains that gave shareholders hope that the company will be able to navigate through difficult times and find ways to become more profitable in the long run. 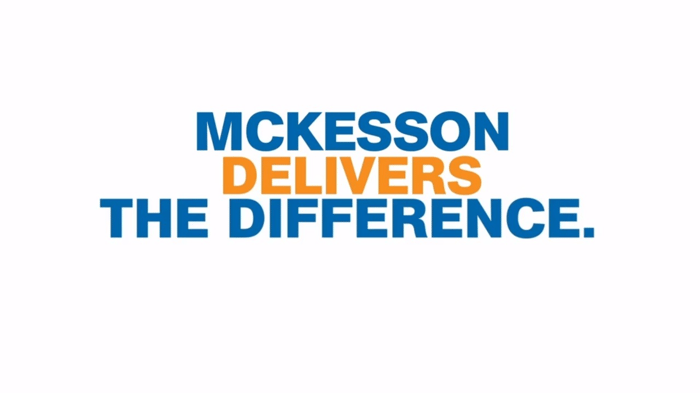 McKesson's fiscal fourth-quarter results didn't show lightning-fast growth, but they avoided the worst fears of investors. Revenue of $52.4 billion inched higher by 2% from year-ago levels, and that wasn't quite as good as the 3% growth that most of those following the stock would have preferred to see. However, although adjusted net income of $707 million was between 1% and 2% lower, a reduction in share count helped boost adjusted earnings on a per-share basis by 6% to $3.69, topping the consensus forecast among investors for $3.66 per share.

International headwinds once again slowed McKesson's overseas performance. In the European pharmaceutical solutions segment, revenue was down 6%, with 8 percentage points of foreign currency impacts preventing the unit from seeing top-line gains. Adjusted operating profit for the unit was down roughly 70%, and McKesson blamed challenging market environments in the U.K. as well as efforts to sell off the retail pharmacies it owns. Similarly, the McKesson Canada division was a big part of why McKesson's other businesses segment saw revenue fall 6% year over year, although there, segment profit picked up 6%.

McKesson got better results domestically. In the U.S. pharmaceutical and specialty solutions segment, revenue climbed 3%, as generally healthy conditions outweighed the dual effects of customers converting to generics from branded drugs and some customer losses. Operating profit for the segment, however, fell 1% on an adjusted basis. In the medical-surgical solutions segment, revenue growth was strongest, rising 13% largely due to acquisitions and a strong performance in primary care and lab solutions. Operating profit jumped 21%.

New CEO Brian Tyler took the reins in a celebratory mood. "We successfully executed in a challenging environment," Tyler said, "and took action to address the headwinds in our European business." The CEO pointed to improving momentum and financial flexibility as key assets it will use.

Can McKesson pick up more speed?

McKesson has high hopes that its multiple initiatives will combine to produce better results in the coming year. The drug distributor has accelerated its efforts to cut costs, and those moves are now expected to produce $100 million extra in savings beyond what was previously anticipated. That could end up saving McKesson as much as $500 million annually as soon as two years from now. The renewal of McKesson's pharmaceutical distribution relationship with CVS Health (CVS 1.92%) should also be a key contributor to performance at least through mid-2023.

McKesson gave guidance for its 2020 fiscal year that was relatively consistent with what the company has seen in the recent past. The drug distributor expected adjusted earnings to come in between $13.85 and $14.45 per share. That corresponds to just 2% to 6% growth from fiscal 2019 levels, but it leaves room for further progress over the coming year.

McKesson investors seemed pleased about the higher profits and fairly upbeat outlook, and the stock climbed 3% in pre-market trading following the announcement. The company still has plenty of political uncertainty to overcome, but McKesson is pressing forward anyway, and so far, shareholders like what they're seeing from the drug wholesaler.