Please ensure Javascript is enabled for purposes of website accessibility
Log In Help Join The Motley Fool
Free Article Join Over 1 Million Premium Members And Get More In-Depth Stock Guidance and Research
By Daniel Sparks - May 9, 2019 at 7:05AM

Results were solid. But it's what the media giant has in its pipeline that will determine the company's long-term success.

Walt Disney (DIS -0.28%) reported its fiscal second-quarter results after market close on Wednesday. The earnings report sheds some light on the impact of Disney's recent major acquisition of Twenty-First Century Fox assets (21CF), and it highlights rising costs to support the company's investments in its streaming services -- one of which is due to launch later this year.

Here's an overview of the results. 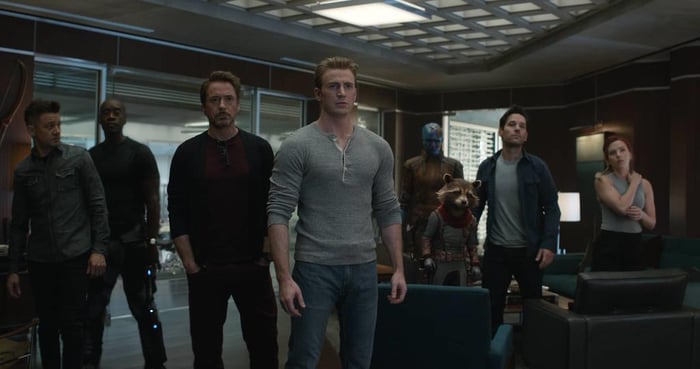 Disney's top line increased 3% year over year to $14.92 billion. This beat analysts' average estimate for revenue of $14.36 billion. When backing out $373 million in revenue from the 11 days of owning 21CF, revenue was $14.5 billion -- flat compared to the year-ago quarter.

3. A $393 operating loss in direct-to-consumer and international

Lower profitability in Disney's second quarter of fiscal 2019 compared to the year-ago quarter was partly due to a tough comparison in studio entertainment (Captain Marvel results couldn't compare to the success of Black Panther and Star Wars: The Last Jedi in the year-ago quarter). But a $393 million operating loss in Disney's direct-to-consumer and international segment (compared to $188 million in the year-ago quarter) weighed heavily on Disney's profits. The bigger segment loss reflects ramped-up investment in ESPN+ and in Disney's upcoming launch of Disney+, as well as the consolidation of Hulu's losses since Disney now has a controlling stake in the streaming-TV service.

Disney's parks, experiences, and products revenue rose 5% year over year during the quarter to $6.2 billion. But growth in the segment's operating income was even more pronounced, rising 15% year over year.

Overall, Disney's fiscal second quarter highlighted solid results, considering the tough comparison in its studios business in the year-ago, and it captured heavy ahead of the company's most important product launch in years.

Looking ahead, management has its sights set on the all-important date of Nov. 12, when it will launch its Disney-branded streaming-TV service, Disney+. Capitalizing on the wild momentum of Avengers: Endgame, the new movie will stream exclusively on Disney+, the company said in its fiscal second-quarter earnings release.