Please ensure Javascript is enabled for purposes of website accessibility
Free Article Join Over 1 Million Premium Members And Get More In-Depth Stock Guidance and Research
By Keith Speights - May 10, 2019 at 6:00AM

More revenue, more cash, lower expenses, and a lot of pipeline activity were the major stories for the biotech in Q1.

The numbers didn't look very good for Inovio Pharmaceuticals Inc. ( INO -7.26% ) when it announced its fourth-quarter results in March. Revenue fell by 28% year over year while its net loss worsened. But that's par for the course for a clinical-stage biotech.

The company announced its first-quarter results after the market closed on Thursday. Here are the highlights from Inovio's Q1 update. 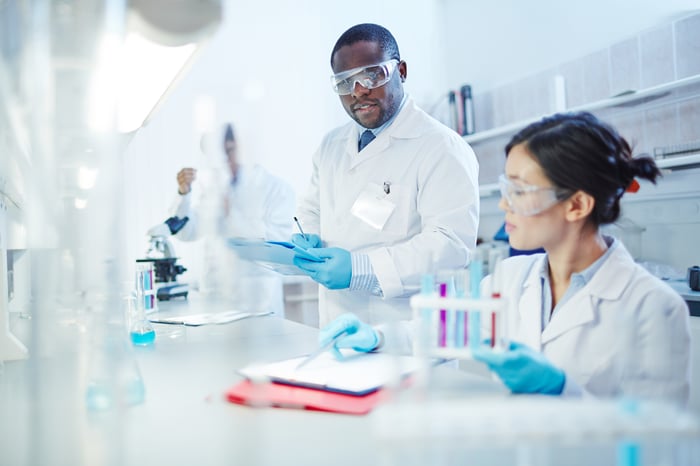 Inovio's top-line performance improved in the first quarter. Revenue jumped to nearly 87% year over year to $2.8 million. Analysts estimated that the company's revenue for the first quarter would come in at $6.41 million.

Inovio ended the first quarter with cash, cash equivalents, and short-term investments of $128 million. This was an increase from the $81.2 million on hand as of March 31, 2019.

Inovio doesn't have any products on the market yet. All of its revenue comes from collaborations and grants. The company's revenue increase in the first quarter was due mainly to a milestone payment received as part of its collaboration with big pharma company AstraZeneca.

Inovio's bottom line improved in the first quarter compared to the prior-year period in large part because of the higher revenue. The company also cut costs -- total operating expenses fell 8.5% year over year to $31.4 million. The biggest contributor to this decrease was lower general and administrative expenses.

Other highlights from the company's first-quarter update include:

There should be more news for INO-5401 on the way as well. Inovio anticipates reporting interim results from its phase 1/2 study of INO-5401 in combination with Regeneron's Libtayo before the end of this year.

Why Inovio Stock Is Rising Today