Please ensure Javascript is enabled for purposes of website accessibility
Log In Help Join The Motley Fool
Free Article Join Over 1 Million Premium Members And Get More In-Depth Stock Guidance and Research
By Timothy Green - May 11, 2019 at 8:02PM

The company isn't boosting its earnings outlook for the year.

Connected-home software provider Alarm.com (ALRM 0.69%) reported its first-quarter results after the market closed on May 9. The bottom line was flat on an adjusted basis despite revenue growth above 20%, and GAAP net income slumped on a lower gross margin and higher costs. The company boosted its revenue outlook for the year, but it left its earnings guidance unchanged because of tariffs on Chinese goods. 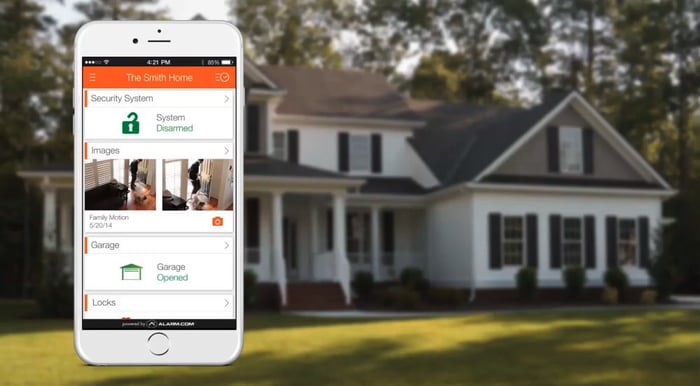 Alarm.com CEO Stephen Trundle gave an update on the expected impact of tariffs during the earnings call:

Approximately one-third of the finished goods hardware products that we offer our service providers are imported from China. To-date, the tariffs have had a modest impact on Alarm.com, but given the amount of activity in this area, we will remain diligent in watching the developments and will make appropriate adjustments if and when we have greater visibility into the outcome of the trade negotiations. Until that time, we believe it makes sense to be somewhat cautious as we think about hardware sales and hardware gross margins for the remainder of the year.

CFO Steve Valenzuela provided some details on the company's progress in international markets:

So international, we typically don't break out every quarter, but what we can say is year-over-year we've seen good growth. And in terms of the actual accounts have been created, the creation is up over 50% year-over-year. And so we're seeing progress.

For the second quarter, Alarm.com expects software-as-a-service and license revenue between $80.6 million and $80.9 million. The company raised its revenue guidance for the full year, but it kept earnings guidance the same due to the tariff situation. For the full year, it expects:

If the tariff situation improves, Alarm.com may be able to outperform its earnings guidance. But for the time being, the company is taking a cautious approach.