Please ensure Javascript is enabled for purposes of website accessibility
Log In Help Join The Motley Fool
Free Article Join Over 1 Million Premium Members And Get More In-Depth Stock Guidance and Research
By Eric Volkman – May 14, 2019 at 9:02PM

Quarterly results are having a post-market effect on two stocks, while a big bank's recommendation change bolsters a familiar name.

The optimism we saw today in the markets, with most major indices trading up, seems to be extending to after-hours trading. This trading isn't necessarily lively, but still some stocks are seeing notable moves, either north- or southward.

In the former category we have marijuana producer Tilray (TLRY), while the opposite dynamic was in play with lab-instrument specialist Agilent Technologies (A -0.73%). Both of these companies reported quarterly results following the market close. Last but never least, beverage behemoth Coca-Cola (KO -1.11%) got the thumbs-up from an analyst at a top investment bank. 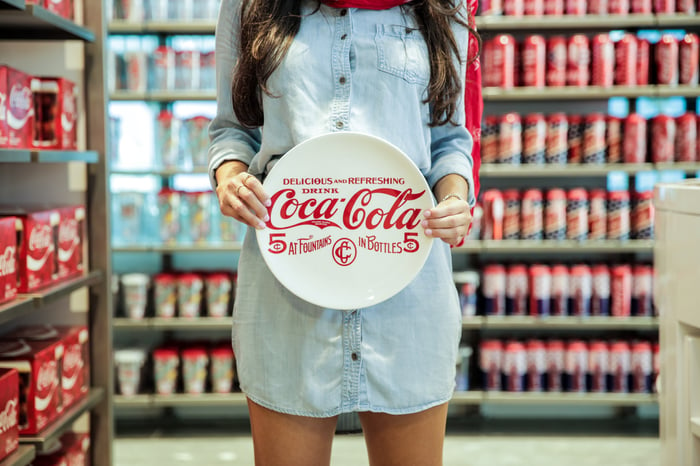 Tilray lights it up

Canada-based Tilray, one of the most popular stocks in the small cluster of publicly traded pot businesses, reported its Q1 of fiscal 2019. The most notable line item by far in the quarter was the revenue figure. Tilray reaped $23 million in Q1, which was nearly 200% higher than in the same period of 2018. It was also well above analyst projections; on average, these anticipated barely over $20 million.

This was enough to give real bounce to Tilray's shares following the market's final bell of the day. The stock was up by nearly 5% in after-hours trading as of this writing. Despite the company's relatively small market cap, it should remain a lively issue, as it's one of the more popular pot stocks.

The revenue beat was impressive, but it wasn't matched by outperformance on the bottom line. The company's Q1 net loss was a bit over $25 million, broadly meeting analyst expectations.

Agilent was more consistent than Tilray; it notched misses in terms of both revenue and profitability.

Analysts, however, were collectively expecting the company to ring up $1.27 billion in sales, and to net $0.72 on a per share basis.

Agilent also revised its revenue guidance for the entirety of fiscal 2019. The company said it's expecting to record almost $5.09 billion to just over $5.12 billion for the year. This, however, falls quite a way short of the average analyst prognostication of $5.19 billion.

At the moment, Agilent stock is taking it on the chin. Post-market traders have pushed the share price down by nearly 10%.

Coke is it, says Morgan Stanley

One of the most actively traded issues post-market was Coca-Cola. Apparently a change in a research recommendation effected this morning is still giving investors a nice caffeine jolt.

The recommender was white-shoe investment bank Morgan Stanley, which upgraded its evaluation on the drink maker's stock. Coke, says the company, is now an "overweight," an upgrade from the previous recommendation of "equal weight."

There are certainly some after-market traders who agree. Coke stock was up slightly in late action, and was one of the most active post-market issues.