Please ensure Javascript is enabled for purposes of website accessibility
Log In Help Join The Motley Fool
Free Article Join Over 1 Million Premium Members And Get More In-Depth Stock Guidance and Research
By Keith Speights – May 14, 2019 at 6:00AM

The healthcare company delivered solid growth in Q4 and beat Wall Street estimates on both the top and bottom lines.

The last time Steris (STE 2.28%) announced its quarterly results, investors had some reasons to smile. Revenue increased 5% year over year while adjusted earnings were up by 11%.

Those smiles should have gotten even bigger when Steris announced its Q4 results after the market closed on Monday. Here's what you need to know from the healthcare company's quarterly update. 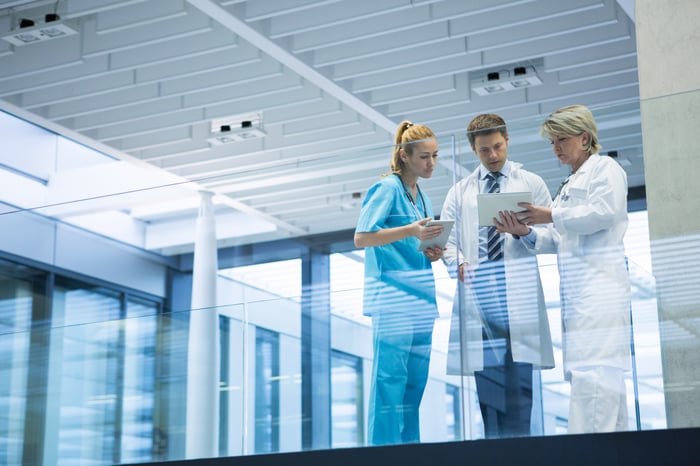 Steris' top-line performance improved in the fourth quarter. Revenue jumped 7% year over year to $768.2 million. Analysts estimated that the company's revenue for the fourth quarter would come in at $738.5 million.

Revenue for Steris' applied sterilization technologies segment increased 7% over the prior-year period to $143.1 million, with growth due primarily to an increase in medical device customer volume. The company's life sciences segment sales grew the least, with sales up 1% year over year to $103 million. Steris stated that growth in consumables and service revenue drove the small revenue increase.

Free cash flow for the company in Q4 increased to $355.4 million compared to $294.3 million in the prior-year period. This increase was primarily due to improved cash from the company's operations, although higher capital expenditures offset this increase somewhat.

Steris expects that constant currency revenue growth for fiscal 2020 will be between 5% and 6%. The company anticipates adjusted earnings per share (EPS) to be between $5.28 and $5.43.

CEO Walt Rosebrough stated that the company anticipates that fiscal 2020 will be "another record year resulting from underlying demand and new products and services." Steris also expects that cash from operations for fiscal 2020 will grow. The company plans to invest its cash significantly to expand global capacity in its applied sterilization technologies segment.

Is Steris a Warren Buffett Stock?

These 2 Stocks Are Cleaning Up Thanks To Medical Mask Sterilization. Are They Buys?