Do you focus primarily on the positive side of things or the negative? How you answer that question will probably determine what you make of the stock performances of Cronos Group (NASDAQ:CRON) and Green Thumb Industries (OTC:GTBIF) so far this year.

Cronos and Green Thumb Industries (GTI) have delivered impressive year-to-date gains. But both marijuana stocks have also given up even bigger gains and are well off their highs from earlier in 2019.

Which stock is the better pick for long-term investors now? Here's what you need to know about Cronos and GTI. 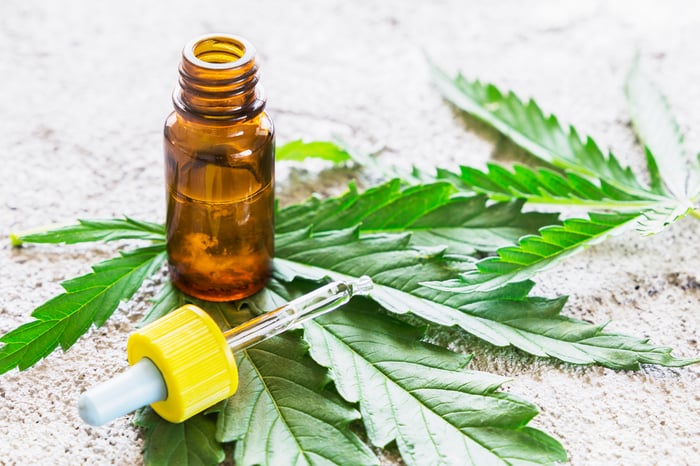 Probably the best thing going for Cronos Group is its relationship with big tobacco company Altria (NYSE:MO). One big plus, of course, from the company's deal with Altria is the $1.8 billion or so in cash that's now in Cronos Group's coffers.

But there's more to the story than just money. Altria now owns 45% of Cronos. One of its executives moved over to be CFO for Cronos. The tobacco giant nominated four of the seven members of Cronos Group's board of directors. And Altria owns warrants that it could exercise over the next four years to gain a majority interest in Cronos.

For all practical purposes, Cronos is now almost a subsidiary of Altria. That means the big company's marketing prowess, its expertise on the international regulatory scene, and its other resources are available to help make Cronos successful over the long run.

The opportunities before Cronos are significant. There's the Canadian adult-use recreational market, with Cronos claiming supply agreements with five provinces that together are home to 58% of the country's population. Canada should also expand the market later this year once regulations for cannabis derivative products are ready to go. Cronos CEO Mike Gorenstein said in the company's Q1 conference call that Cronos will "in the early days prioritize vaporizers first" in this market.

Cronos is also poised to profit in international markets. It teamed up with Colombia-based AGI to form a joint venture, NatuEra. The primary focus for NatuEra will be cultivating hemp to produce CBD. Cronos thinks that markets for hemp-based CBD will expand more rapidly than marijuana markets will.

In addition to these initiatives, Cronos has another partnership that could pay off nicely down the road. The company partnered with Ginkgo Bioworks last year to produce high-quality cannabinoids using genetically engineered yeast strains. This approach holds the potential to enable the production of rare cannabinoids at much-lower costs than traditional plant-based extraction.

Green Thumb Industries doesn't have a big partner like Cronos Group does. But so far, it hasn't needed one.

In 2018, GTI's revenue skyrocketed by 278% year over year. A lot of that growth came from acquisitions, but the company is also enjoying strong organic sales growth.

And there's perhaps an even bigger opportunity with hemp-derived CBD products. The U.S. legalized hemp in December 2018. GTI is taking advantage of this opportunity through its acquisition of Beboe, a company that The New York Times has called "the Hermes of marijuana" because of its upscale luxury brands. Beboe's CBD beauty-care products are being distributed by Barneys New York and Neiman Marcus.

GTI appears to be well-positioned to grow as the marijuana markets in the states where it currently operates mature. The company is also likely to expand into additional states in the future.

It seems to be in vogue these days to hate Cronos. I'm not in that camp, primarily because I think the relationship with Altria will enable Cronos to be successful over the long run. However, my view is that Green Thumb Industries is the better stock right now. Why? Because of the numbers.

GTI made roughly four times the revenue that Cronos did last year. I suspect it will make at least five times more than Cronos will this year. But GTI's market cap is less than half that of Cronos Group. The primary reason for this disconnect in valuation is that marijuana remains illegal at the federal level in the U.S. However, I think that it's only a matter of time before that changes.