Please ensure Javascript is enabled for purposes of website accessibility
Log In Help Join The Motley Fool
Free Article Join Over 1 Million Premium Members And Get More In-Depth Stock Guidance and Research
By Dan Caplinger - May 31, 2019 at 4:30PM

Earnings and commodity moves helped these companies buck the downtrend.

The stock market once again gave up ground on Friday, sparked by an escalation on the trade front. The White House said that it would impose new tariffs on Mexican goods early next month in response to immigration concerns, and that dashed hopes among investors that government officials would strike a more conciliatory tone with key trading partners. Yet even as the overall market posted significant losses, a handful of stocks managed to move higher on company-specific news. Williams-Sonoma (WSM -14.05%), Genesco (GCO -6.77%), and AngloGold Ashanti (AU -2.57%) were among the top performers. Here's why they did so well.

Williams-Sonoma wins one for the home team

Shares of Williams-Sonoma climbed 13% after the home furnishings retailer reported its first-quarter financial results. The company said that comparable-brand revenue was higher by 3.5% companywide, led by double-digit percentage gains at its West Elm concept and more modest increases from Pottery Barn that helped to offset weakness at its namesake store chain. Earnings per share climbed by more than 20% from year-ago levels, and Williams-Sonoma also boosted its bottom-line guidance for the full year. With so many of its peers struggling, it was good to see Williams-Sonoma standing out from the crowd in a positive way. 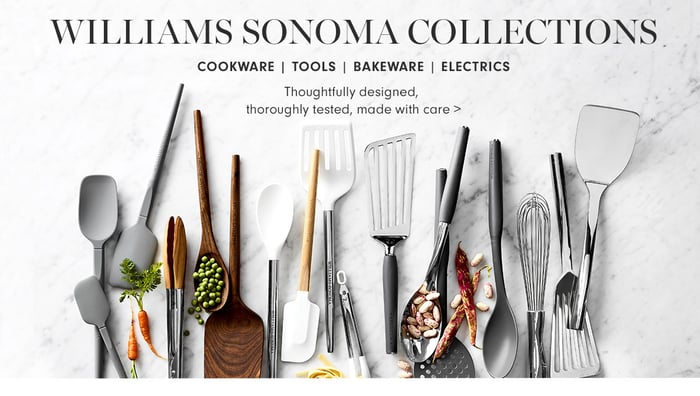 Genesco saw its stock rise 12% following its release of the specialty retailer's first-quarter financial report. Overall revenue growth came in at just 2% compared to the year-earlier period, but comparable sales climbed 5% as the company moved on from the sale of its Lids Sports Group unit. Genesco's Journeys business stood out with continued momentum following a solid holiday season, and the company said that cost-cutting efforts produced bottom-line growth that led earnings from continuing operations to double from year-ago levels. Despite concerns about its Johnston & Murphy and Schuh divisions, Genesco said it expects earnings at the higher end of its previous guidance, and shareholders like that the diversified apparel company is seeing encouraging signs after suffering from tougher conditions in 2018.

Finally, shares of AngloGold Ashanti were higher by 7%. The gold mining stock benefited from an $18 increase in the price of gold bullion to $1,306 per ounce, led by rising geopolitical uncertainty that has historically caused investors to look more closely at the yellow metal as an alternative to stocks and other risky financial assets. AngloGold in particular has seen a lot of ups and downs in recent years as it struggles not only with a volatile gold market but also with operational challenges, but a sustained rise in commodity prices could bring a more lasting rebound for shareholders.