The medical device maker's stock has been riding a momentum wave since the company's March IPO.

Shares of medical device maker ShockWave Medical (SWAV -3.50%) popped 40.3% in May, according to data from S&P Global Market Intelligence. By contrast, the S&P 500, including dividends, fell 6.4% last month.

Investors have been enthused about ShockWave stock from the get-go, driving its March initial public offering (IPO) price up a whopping 243% as of June 3.

The Silicon Valley-based company describes itself as a pioneer in the development and commercialization of devices that use intravascular lithotripsy (IVL) to treat cardiovascular disease. This technology uses sonic pressure waves. 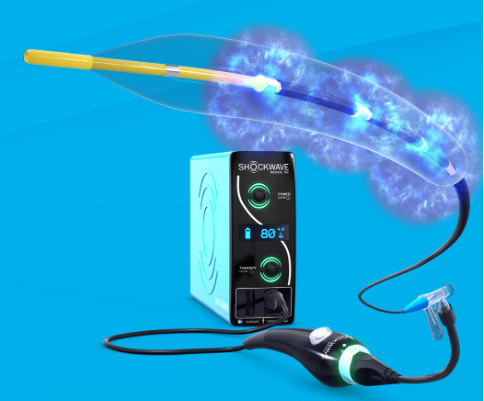 We can attribute ShockWave stock's strong performance last month to the company's May 8 release of first-quarter 2019 results, which pleased investors. Shares popped 34.6% in the two-day period following the company's first quarterly report as a public company. 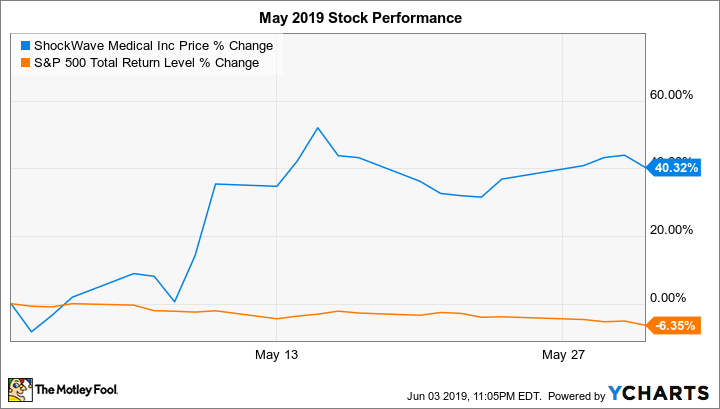 Moreover, management guided for full-year 2019 revenue in the range of $33 million to $36 million, which represents growth of 169% to 194% year over year. This outlook breezed by the $31 million that analysts had been looking for.

At this early stage of the company's launch of its IVL devices, it makes sense that investors chose to focus more on revenue growth and anticipated future revenue growth than the bottom line.

The company ended the quarter with cash of $138 million, including $100 million from its IPO and $10 million from a private placement offering to Abiomed. So, it has plenty of cash to fuel its growth.

ShockWave's M5, used to treat peripheral artery disease, is available in the U.S. and internationally. Its C2 Coronary IVL, targeted at coronary artery disease -- which is a bigger market -- is currently available in Europe. In the U.S., Shockwave hopes to gain C2 approval by the Food and Drug Administration in the first half of 2021.

2 Elite Growth Stocks Ready for a Bull Run in 2023