Why two industry disruptors and a beer stock should be on your watch list this month.

June is a typically slow month for the stock market. Earnings season has come and gone, and the average American has their mind on summer vacation rather than their 401(k).

Still, market news never stops, and recent months have been chock-full of fodder, including a slew of IPOs, trade tensions with China, and musings that the Federal Reserve could actually start lowering rates after hiking them as recently as last December. 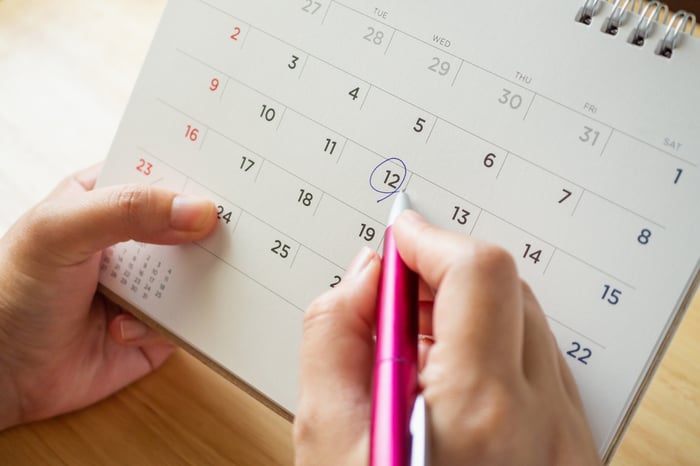 Stitch Fix comes under the needle

Stitch Fix, the online styling service, has been one of the more controversial stocks since it debuted on the market in November 2017. Shares surged last summer to more than $50, but promptly gave up those gains after active user growth suddenly slowed. Since that peak, the stock has fallen more than 50%, and today trades near $23.

Stitch Fix shares have moved by 20% or more in each of its last four earnings report, so there's good reason to expect another big swing when the company reports third-quarter earnings after hours on June 5.

Investors will want to keep their eye on the usual themes, including active user growth and top- and bottom-line growth, but there are also some new items to keep an eye on, including tariffs and the company's recent expansion in the U.K.

Though clothing is not included in the current round of Chinese tariffs, the Trump administration has warned that it could slap import taxes on a new round of goods, including apparel. Other retailers have already warned of the impact of tariffs, saying they'll lead to higher prices, and such a headwind could be damaging to the prospects of a growth company like Stitch Fix. Expect some commentary from management on tariffs on the earnings call.

Elsewhere, the company made its first international launch last month, entering the U.K., a market that has historically been ahead of the U.S. in online clothing shopping. Success there could lead to further expansion, so investors will want to pay attention to management's thoughts on that subject.

Stitch Fix's guidance called for revenue of $388 million to $398 million, up 22% to 26% in the quarter, and adjusted EBITDA of -$4 million to $1 million, so investors should measure the performance according to that yardstick.

Beyond Meat looks for seconds

Few stocks have dazzled this year like Beyond Meat, the maker of alternative plant-based foods like the Beyond Burger, whose shares have jumped more than 300% from its IPO price of $25 to more than $100.

The high-flying food stock will get its first test as a publicly traded company when it reports earnings after hours on June 6. Expectations are running high on reports that demand for such plant-based burgers is exceeding supply as fast-food chains like Burger King and casual-dining restaurants like TGI Fridays have jumped on the trend.

Beyond Meat enters its first-quarter posting blistering growth, but it is still a bit player in the food industry. Revenue jumped 170% last year to $87.9 million, and the company already reported preliminary revenue of $38 million to $40 million in the first quarter, about triple from a year ago.

However, Beyond Meat already commands a steep valuation. At a market cap of $5.9 billion, it is similarly valued to poultry producer Pilgrim's Pride, which brought in $11 billion in revenue last year. Beyond Meat is also operating at a loss, though its gross margin around 25% is better than some mature food companies like Pilgrim's Pride.

The food industry is generally a highly competitive, low-margin business, and Beyond Meat already faces direct competition from Impossible Foods, while legacy food companies like Nestle are starting to spy opportunity in the plant-based meat space.

Beyond Meat will have a lot to prove when it reports earnings on Thursday. Analysts are expecting a loss of $0.15 a share on $40 million in revenue.

Constellation Brands looks to bounce back

One company that is finding itself targeted by the Trump administration's latest proposal to impose tariffs on Mexico is Constellation Brands, the importer and distributor of Grupo Modelo beers, including Corona, from Mexico. Constellation operates as a diversified alcohol company with ownership of wine and spirits brands, but its principal business is Mexican beer.

The company also has a multibillion-dollar stake in Canopy Growth (CGC), a leading Canadian cannabis company, making Constellation one to watch in June for multiple reasons. The beer maker's stock has already moved back and forth on Mexican tariff concerns, down 12.5% over the last month, and whether or not tariffs are actually put into effect will likely impact the stock.

Additionally, both Constellation and Canopy report earnings later in the month. Canopy's report will come out June 20, while Constellation's is due out on June 28.

Constellation has been busy reorienting its brand portfolio to premium labels, and investors will look for signs that the company's decision in April to sell about 30 lower-end wine brands to E&J Gallo for $1.7 billion is paying off as Constellation is always on the lookout for new acquisitions. Constellation did not issue guidance for the first quarter, but analysts expect earnings per share to fall from $2.20 to $2.11 and for revenue to increase 1.3% to $2.07 billion.

Similarly, Canopy's earnings report could also move the stock, as Constellation owns about 38% of the Canadian pot grower and Canopy has shown off phenomenal growth rates since recreational pot was legalized in Canada last October. Revenue jumped 282% in its most recent quarter, and the company has its eye on the U.S. market opening up with its recent deal to acquire Acreage Holdings.

With two sets of earnings reports and tariff talks about to begin, June is shaping up to be an exciting month for Constellation Brands.

Is Constellation Brands Stock a Buy After Q1 Results?
397%