Shares of the programmatic ad company dipped in spite of a strong first-quarter earnings report.

Shares of The Trade Desk (TTD 4.42%) were pulling back last month after the programmatic digital ad-buying specialist reported first-quarter earnings that didn't quite meet expectations for the high-flying stock. As a result, Trade Desk shares finished May down 10% according to data from S&P Global Market Intelligence.

As the chart below shows, the stock tumbled when its earnings report came out on May 9, and regained only some of those losses by the end of the month. 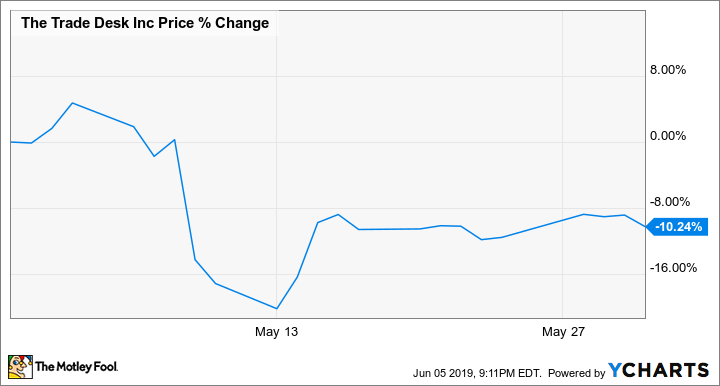 Though Trade Desk stock fell 14.5% on its earnings report, the company did not exactly miss expectations. Revenue in the quarter surged 41% to $121 million, which breezed past estimates at $117 million. Growth in mobile, which now makes up 45% of gross spending on its platform, was strong, as mobile video and mobile in-app spend both saw an increase of 60% in spending, and connected TV and audio continued to surge as well. Customer retention also remained strong at over 95%. 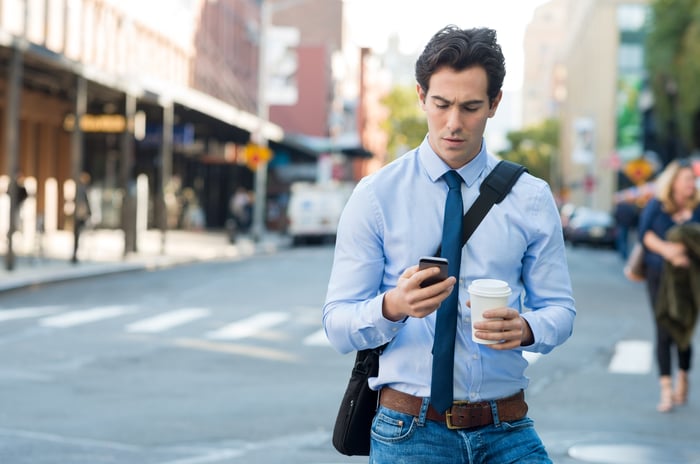 On the bottom line, adjusted earnings per share increased from $0.34 to $0.49, which easily beat the analyst consensus at $0.25. CEO Jeff Green said, "We delivered outstanding performance in the first quarter, again surpassing our expectations."

Trade Desk also lifted its revenue guidance for the full year from at least $637 million to at least $645 million. However, second-quarter revenue guidance of $154 million was not as strong as some investors had hoped for, considering the strong first-quarter performance.

Since the stock came into May having already nearly doubled, the modest second-quarter forecast seemed to serve as enough of an excuse for investors to sell off the stock.

The good news for Trade Desk investors is that the stock has already recovered last month's losses just a few days into June. Shares surged by 13% on June 4 along with the broad market rally as stocks gained on a thaw in trade tensions on Tuesday and on dovish comments from the Federal Reserve about lowering interest rates. Trade Desk, which helps ad agencies manage ad campaigns, operates in a macroeconomically sensitive industry as ad buyers tend to scale back on spending in a recessionary climate, so the Fed's dovish stance seems to be the best explanation for the recent surge.

With the company growing quickly, putting up profits, and investing in the long-term opportunity in digital advertising, Trade Desk continues to look like a promising growth stock despite last month's sell-off.