Many mall-based apparel retailers crumbled over the past decade due to shifting fashion trends, the rise of fast-fashion rivals and e-tailers, and sluggish mall traffic. However, one retailer that has weathered the retail apocalypse with style is American Eagle Outfitters (NYSE:AEO), which posted 6% comparable-store sales growth during the first quarter. 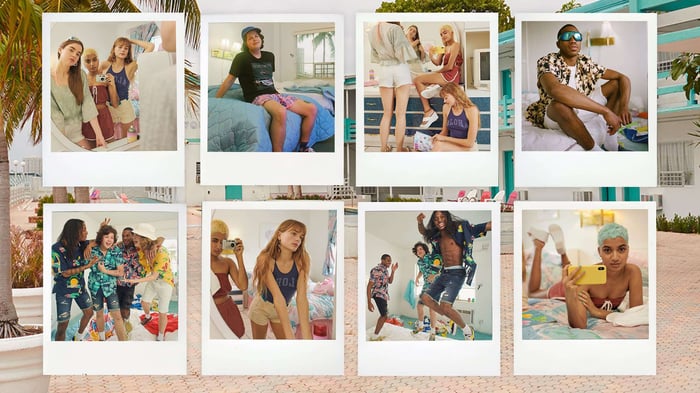 AEO's core growth engine is Aerie, its lingerie and activewear brand for young women. Aerie branded itself as the polar opposite to L Brands' (NYSE:BBWI) Victoria's Secret, featuring untouched ads, models of all shapes and sizes, and inclusive body-positive marketing campaigns.

That strategy, which was expanded through social media via its #AerieREAL campaign, paid off as the brand consistently generated double-digit comps growth:

AEO opened four new stand-alone Aerie stores during the first quarter, bringing its total stand-alone store count to 119. It also operates 151 Aerie stores linked to existing American Eagle stores. The company plans to open 65 to 70 new Aerie stores (both stand-alone and side-by-side locations) for the full year, which will widen its lead against Victoria Secret's PINK. 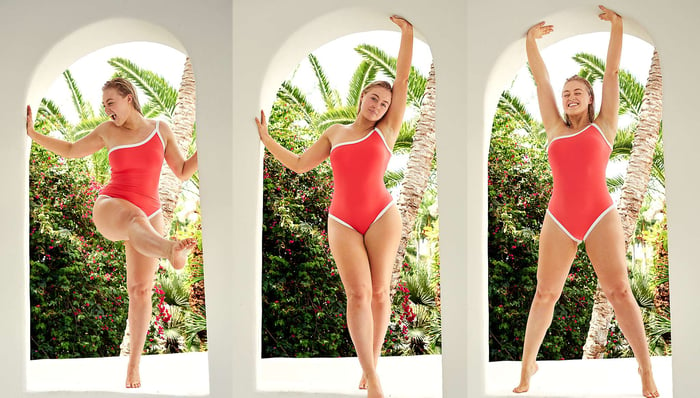 Piper Jaffray's latest "Taking Stock with Teens" survey, which polled 8,000 U.S. teens about their favorite brands, ranked American Eagle as their second favorite clothing brand after Nike. That puts American Eagle ahead of Adidas, Forever 21, and A&F's Hollister, in that order.

American Eagle's jeans, which generated its 23rd straight quarter of record sales, are consistently popular with teen shoppers. It's the largest women's jeans brand in America and the second largest jeans brand overall after Walmart. American Eagle is expanding the jean business' reach with larger sizes for men and women, which mirrors Aerie's inclusive and body-positive strategies.

Abercrombie & Fitch, which reported just 1% comps growth at Abercrombie and 2% comps growth at Hollister last quarter, is struggling to keep up with American Eagle in the teens market. That's why it recently ramped up its Instagram campaigns and launched a high school tour that discussed shopping habits with over 100,000 teens.

AEO is a mall-based retailer, but it's aggressively expanded its digital ecosystem and now generates over $1 billion in digital sales annually. Purchases from its mobile apps now account for over half its digital revenues.

AEO's digital sales rose by the low double digits during the first quarter and accounted for 30% of its total revenue, compared to 29% in the prior year quarter. AEO's digital strength gives it an edge against fast fashion rivals like Inditex's Zara, which generated just 12% of its sales from online channels last year.

Taken as a whole, I still think AEO's strengths outweigh its weaknesses, and its stock looks cheap at 11 times forward earnings with a forward dividend yield of 3%. This survivor of the retail apocalypse should remain a rock-solid investment for the foreseeable future.