Stocks rose Friday to end their best week of 2019. Bad news turned out to be good today, as a weak jobs report strengthened hopes that the Federal Reserve will cut interest rates. The Dow Jones Industrial Average (DJINDICES:^DJI) and the S&P 500 (SNPINDEX:^GSPC) both gained 1%, and the Nasdaq Composite added 1.7%. Technology was the strongest sector. 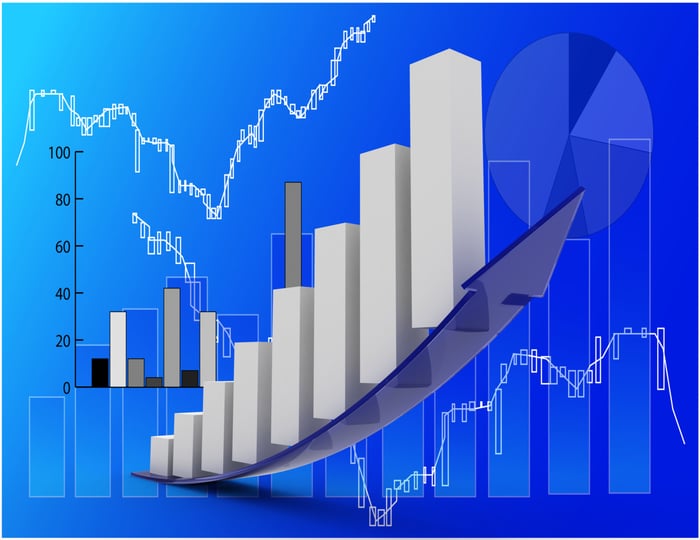 Plant-based food producer Beyond Meat reported results for the first time as a public company and issued strong guidance for the full year, and the stock soared 39.4%.

Beyond Meat played the Wall Street expectations game deftly, having given "estimates" of Q1 results on May 3, a month after the quarter ended, and then reporting actual numbers yesterday that just topped those ranges. Revenue increased 215% to $40.2 million, above its guidance of $38 million to $40 million. Gross profit was $10.8 million, exceeding the estimate of $9.5 million-$10.5 million. The company lost $0.95 per share compared with a loss of $0.98 per share in the period a year ago.

Making a big impression on the analysts was Beyond Meat's guidance for 2019 revenue of $210 million. The company said on the conference call that the number was the floor of its expectations, that its products are in trials with some national quick-service restaurant chains, and that the revenue guidance doesn't include those potential deals. When an analyst asked whether Beyond Meat could increase manufacturing capacity enough to supply a deal with, for example, McDonald's, company officials said they saw no obstacles to that.

Shares of Zoom Video Communications rose 18.4% after the company reported better-than-expected first-quarter results and gave guidance that was well ahead of Wall Street forecasts. Revenue grew 103% to $122 million, easily topping estimates for $111.8 million. Zoom eked out a profit of $200,000, or $0.00 per share, about what analysts had predicted.

Strong customer growth drove the company's performance. Subscription services to new customers accounted for 64% of the revenue increase, while 36% came from existing clients. Customers with more than 10 employees soared 86% to 58,800. Larger customers that contributed more than $100,000 in revenue numbered 405, a 120% increase year over year and growth of 18% from the 344 reported last quarter.

Looking forward, Zoom forecast full-year revenue between $535 million and $540 million and non-GAAP EPS between $0.02 and $0.03. Analysts had been expecting the company to lose $0.04 per share on revenue of $526 million.