The mid-tier retailer is better off without it.

Kohl's (KSS 2.62%) off-price outlet experiment was always a bit off-kilter compared to the rest of the retail industry, which tried to copy the success of discount chains like TJ Maxx and Marshalls.

Where Macy's (M 1.58%) Backstage offers discounts on items that it primarily sells in its regular store, and the Nordstrom (JWN 5.86%) Rack chain primarily sells exclusive merchandise, Kohl's went a different route and chose to stock its Off/Aisle discount store completely with customer returns. 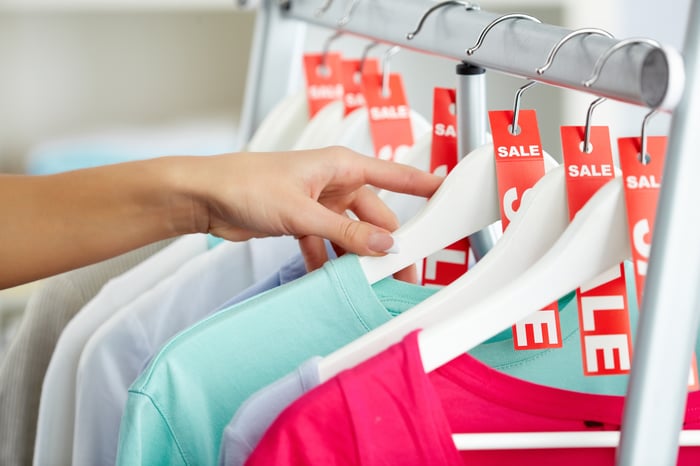 Although plenty of retailers have open box or dent-and-ding sections where you can get deep discounts on merchandise that has been returned or damaged, taking that concept a step further and dedicating an entire store to such goods seemed odd. And now, after four years, Kohl's is closing down the chain completely.

In a memo to the chain's workers, Kohl's said it would shutter Off/Aisle by August 3 and that employees would be able to transfer to regular Macy's stores. However, the retailer said it made the choice not because the discount chain wasn't successful, but rather because Kohl's had gotten its act together on inventory management at the full-price stores and was no longer able to stock Off/Aisle stores.

Off/Aisle was never as widespread as the other discount chains. TJX (TJX -2.46%) has a combined 2,359 TJ Maxx and Marshalls stores, Macy's has 181 Backstage locations (but just seven freestanding stores), and Nordstrom operates almost 250 Rack stores in the U.S. and Canada. Kohl's only ever had four Off/Aisle locations, and three of them were in Wisconsin (the fourth was in Cherry Hill, NJ).

It was smart of Kohl's not to allow the concept store to become too widespread. As many other retailers have discovered, discount chains can end up cannibalizing sales from the full-price stores and hurt margins.

That was the problem both Tapestry and Capri Holdings faced when they were simply Coach and Michael Kors, respectively. They opened too many discount outlet stores, and even when they weren't selling marked-down merchandise from their full-price stores, the goods made expressly for the outlets allowed consumers to believe they could spend less and still enjoy the brand's cachet.

Nordstrom faces the same risk. Rack stores now outnumber its full-price locations by two to one, and even though sales at the discount stores are holding up better than sales at the full-price stores (sales were down 0.6% at Rack last quarter compared to a 5.1% decline at the full-price stores), it still needed to substantially adjust its product mix, reduce the number of flash sales it held, and eliminate the lowest-priced goods just to keep Rack profitability higher.

A willingness to try

With just four stores, Kohl's was never really going to be in that kind of danger, but running a completely separate business for just a handful of locations wasn't the most operationally efficient model either. Off/Aisle might also have been a distraction to management, who needed to focus on bolstering the real business, the full-price stores.

The experiment, however, did show management was willing to think differently about retail, much as its partnership with Amazon to serve as a drop-off point for package returns indicates a desire to branch out to boost sales.

With its inventory management operations now working as expected, it makes sense for Kohl's to shut down this odd duck of an enterprise.

This Beaten-Down Stock Is Searching for a Lifeline. Has It Already Missed the Boat?
410%