Every single analyst who covers this oil driller’s stock thinks it's a buy.

Diamondback Energy (FANG 0.54%) has lots of adoring fans on Wall Street. That's evident by the fact that all 36 analysts who cover the Permian Basin oil producer have rated its stock a buy or something equivalent. That makes it just one of two companies in the entire S&P 500 that have earned a unanimous buy rating from the Wall Street analysts who follow the company, according to research by CNBC.

While Diamondback Energy's growth prospects are the main reason analysts love it, they also see the increasing amount of cash it's returning to shareholders as an attractive feature. 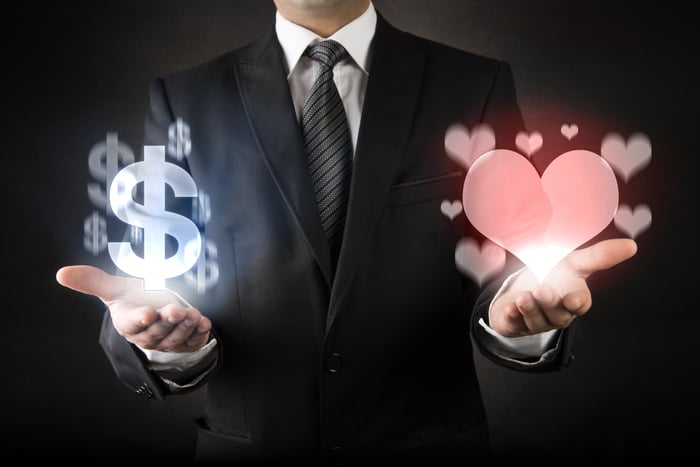 Diamondback Energy has been an oil growth machine since its initial public offering in late 2012. The Permian Basin-focused oil driller has increased its output by a jaw-dropping 785% during that time through a combination of acquisitions and organic drilling. However, what has set Diamondback Energy apart from other growth-focused oil stocks is that it hasn't been increasing production just so that it can get bigger. Instead, the company has focused on doing deals that are accretive on a per-share basis. That has enabled it to deliver an even bigger surge in earnings, which have zoomed more than 850% on a per-share basis over that time frame despite a 37% slump in oil prices.

Diamondback Energy still has plenty of fuel to continue growing at a rapid rate. Thanks to its prime position in the low-cost Permian Basin, the oil company can generate enough cash flow at $50 oil to drill 290 to 320 new wells this year, which should expand its oil output by another 30%. Meanwhile, with roughly 7,600 high-return drilling locations remaining, the company has the inventory to continue growing production at a high-octane rate for the next several years.

Analysts love this oil growth story. Piper Jaffray, for example, has an overweight rating on Diamondback's stock because "FANG's outlook is increasingly differentiated, with leading growth." Meanwhile, Wells Fargo reiterated its outperform call earlier this year by noting that "Diamondback Energy is positioned to provide both peer-leading growth and cash return to shareholders beginning in 2020." Others have similarly bullish views on the company thanks to its top-tier growth profile.

Transitioning to a total return story

While Wall Street loves a good growth story, what has taken its affinity for Diamondback Energy up a notch is the growing gusher of cash it's sending back to investors. The oil producer started returning money to shareholders last year by initiating a dividend. However, the company has ramped up its cash returns this year. Not only did it increase its payout by 50%, but it also recently authorized a $2 billion share repurchase program, which is enough money to retire 11% of the oil company's outstanding stock.

Analysts absolutely adore that buyback. Bank of America, for example, responded by adding Diamondback to its US 1 List after the oil driller announced the share program. The bank said that it sees "a three-to-one risk/reward profile that is hard to ignore" thanks to the uplift from the "significant" buyback program. Raymond James, meanwhile, also took its bullishness up a notch by upgrading Diamondback Energy's stock from outperform to a strong buy. On top of that, Raymond James bumped up its price target from $145 a share up to $155, which is more than 50% above the current price. Others see similar upside as the company executes its strategic plan to deliver fast-paced oil growth while returning an increasing amount of cash to its investors.

Diamondback Energy offers investors the best of both worlds. Not only is the oil producer on track to deliver top-tier growth, but it's also starting to return a growing gusher of cash to investors through its dividend and needle-moving share repurchase program. Analysts firmly believe that those two factors should provide Diamondback Energy with the fuel to produce market-crushing total returns for investors over the next year. That's why they universally agree that investors should buy this oil stock.