Will the technology giant's revenue growth decelerate even more?

Earnings season is just around the corner. Following Netflix's second-quarter update on July 17, one of the next big tech stocks to report is Alphabet (GOOG 5.66%) (GOOGL 5.88%). Google's parent company will announce its second-quarter results on July 25, according to a recent press release.

After Alphabet reported worse-than-expected first-quarter revenue growth, investors will be watching the company's second-quarter update closely. Can the online search giant live up to expectations this time?

Ahead of Alphabet's second-quarter update, here's a preview of some key areas investors will want to watch. 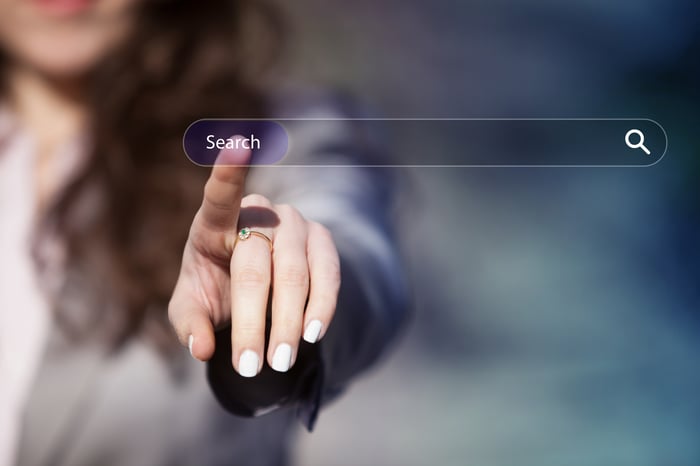 Given Alphabet's aforementioned top-line miss in its first quarter, investors will be watching the company's revenue closely.

In Alphabet's first quarter, revenue increased 17% year over year to $36.3 billion, missing analysts' average forecast by $1 billion. This was a significant deceleration from the 22% revenue growth Alphabet delivered in its fourth quarter of 2018. In the company's earnings call, management noted that revenue growth reflected foreign exchange rate headwinds in the first quarter of 2019 versus foreign exchange tailwinds in the year-ago quarter. In addition, Alphabet is up against tough comparisons from strong business growth in 2018.

Going into Alphabet's second quarter, analysts have a more conservative outlook for the company's top line. On average, analysts expect revenue to increase 16.9% year over year to $38.2 billion.

Though advertising accounts for the bulk of Alphabet's business, the company's Google "other" segment is becoming increasingly important. Consisting of revenue from Google Cloud, the Android app store, and hardware, the segment includes some of Alphabet's most important catalysts.

In addition, the segment is growing as a percentage of Alphabet's total revenue. Google "other" revenue increased 25% year over year to $5.4 billion, with cloud and apps serving as the segment's primary growth drivers. The segment accounted for 15% of revenue, up from 14% of revenue in the year-ago quarter.

Investors should look for similarly strong growth from the segment in Q2.

The biggest driver for Alphabet's Google "other" segment is its cloud computing business. "Google Cloud Platform remains one of the fastest-growing businesses in Alphabet, with strong customer momentum, reflected in particular in demand for our compute and data analytics products," said Alphabet CFO Ruth Porat during the company's first-quarter earnings call.

Though Alphabet hasn't provided specific revenue figures for the cloud's contribution to its Google "other" business, it has said it's a "multibillion-dollar business."

Investors should look for management to provide more optimistic commentary on the important catalyst when Alphabet reports its second-quarter results.

Alphabet will post its second-quarter earnings release after market close on Thursday, July 25.