BlackBerry, Apple, and Slack were some of this week's biggest headlines. 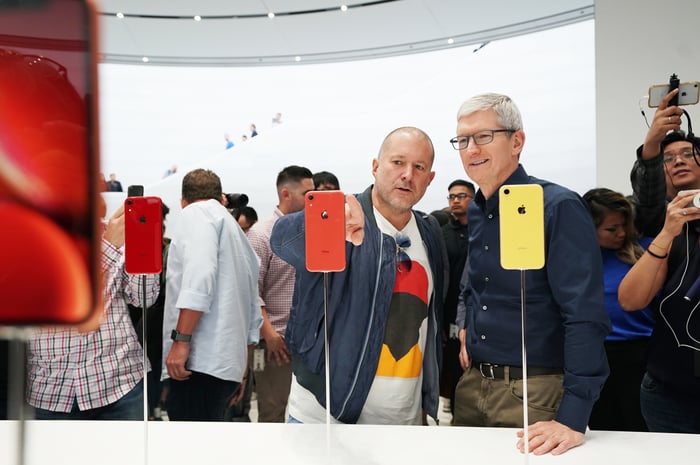 On Wednesday, BlackBerry announced 23% year-over-year non-GAAP (adjusted) revenue growth for its first quarter of fiscal 2020. Though $51 million of the company's $267 million in adjusted revenue from the quarter came from BlackBerry's recent acquisition of endpoint security specialist Cylance, BlackBerry still demonstrated some meaningful growth in its core software and services segment when excluding the impact of this acquisition. Adjusted to exclude Cylance, BlackBerry's non-GAAP software and services revenue rose 8% year over year.

One important takeaway from the results that some investors may have missed was the outstanding performance of Cylance itself. Cylance's revenue surged 31% year over year during the quarter.

"This was driven by an approximate 30% year-over-year increase in the number of new active subscription customers," said BlackBerry CEO John Chen during the company's fiscal first-quarter earnings call. "This new customer growth in the quarter was broad-based across various industries led by Professional Services sector, manufacturing as well as government."

The most high-profile news in tech this week came when Apple made the surprise announcement that its lead design chief Jony Ive is leaving the company. His departure follows nearly 30 years of extraordinary contributions to Apple, including design work on various Macs, the iPod, iPhone, iPad, and more.

To help fill Ive's void, Apple COO Jeff Williams, who helped lead the development of Apple Watch since its inception, will be spending more time working with the design team, Apple said in a press release. In addition, Evans Hankey and Alan Dye will serve as design team leaders, reporting directly to Williams.

Apple will still receive services from Ive through a new independent design company in which Apple will be one of its main clients.

Shares of enterprise messaging service Slack (WORK) jumped 6% on Wednesday after Baird analyst William Power initiated coverage of the stock with an outperform rating and a $44 12-month price target. The price target represents 17% upside from where shares were trading at the end of the week.

Backing up his optimism for the stock, Power cited (via Barron's) the company's lead over its enterprise messaging peers.

"We believe [Slack's] disruptive competitive position and long-term margin and free cash flow opportunity stand out relative to the group and also believe our current estimates could prove conservative," wrote Power in a note this week.

Highlighting Slack's momentum, its revenue surged 67% year over year in its most recent quarter.