Please ensure Javascript is enabled for purposes of website accessibility
Log In Help Join The Motley Fool
Free Article Join Over 1 Million Premium Members And Get More In-Depth Stock Guidance and Research
By Danny Vena - Jul 9, 2019 at 8:49AM

The company's recent investments in expansion and innovation should pay off handsomely for Shopify investors.

In the e-commerce era, Shopify (SHOP 1.27%) has emerged as a one-stop shop (pun intended), providing small- and medium-sized businesses the tools they need to succeed in setting up and maintaining an online retail operation. Even more important, the company has moved into a number of areas that will spur future growth. The company is expanding its international operations, providing a host of tools for the unique needs of enterprise-level merchants, and providing software solutions to cater to both brick-and-mortar and e-commerce businesses. 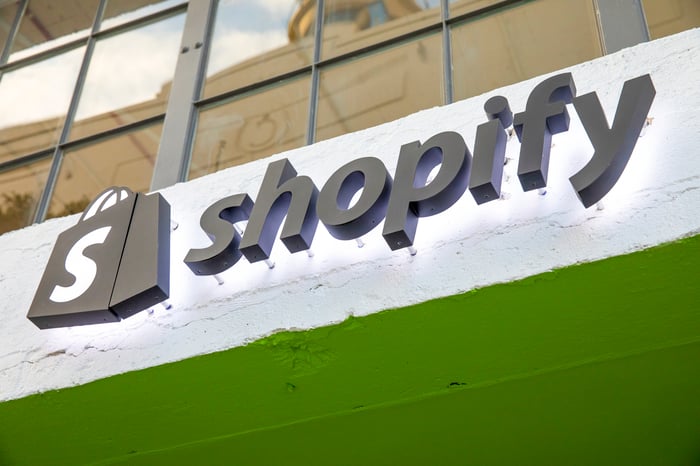 In a note to clients on Sunday, KeyBanc analyst Josh Beck reaffirmed his overweight (buy) rating for Shopify and raised his price target by nearly 17% to $350, up from $300. Shopify's stock had already gained 127% in 2019 (through Friday's close), and Beck thinks it could rise even further after hitting a record high late last month when the company introduced a host of new initiatives at its annual Shopify Unite conference.

One of the most eye-catching developments was the company's intention to invest $1 billion to establish the Shopify Fulfillment Network, a system of warehouses that will store and ship inventory for merchants that qualify for the program. The fulfillment centers will be equipped with smart inventory-allocation technology that will help merchants speed up the processing of customer orders. The system uses artificial intelligence to help locate the nearest warehouse containing the necessary items, while also ensuring the optimal product levels at each location. Amazon employed a similar strategy to set itself apart from rivals, so Shopify is taking a page from Amazon's playbook.

After soliciting feedback at a number of e-commerce industry conferences, Beck said the response from Shopify merchants, partners and developers was "overwhelmingly positive". He cited the company's "impressive array of product launches," including improved developer tools, shipping automation technology, and its multi-currency payments capability.

Recent developments -- particularly Shopify's entry into fulfillment -- have created "a lot of buzz" for the company. The "impressive innovation velocity and vibrant partner ecosystem" could help Shopify triple its market share in the coming five years, growing from 3% to 9% by 2024. Beck takes it a step further, saying that gross merchandise volume (GMV) could exceed $200 billion within the coming five years, rivaling Amazon's first-party business, which was about $120 billion in 2018. 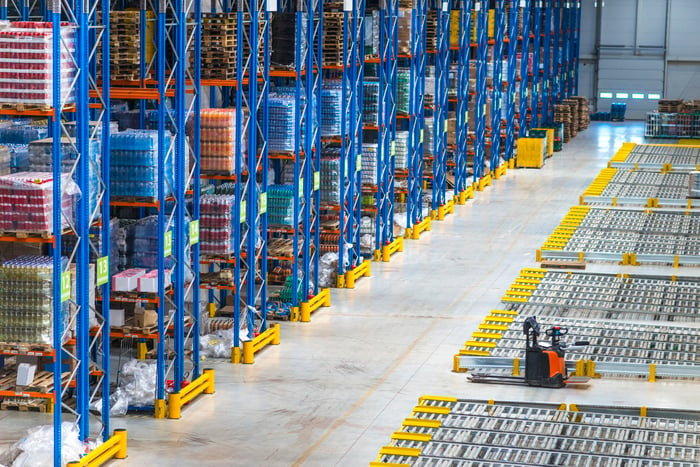 Investors looking for evidence of the company's continuing potential need look no further than Shopify's recent results. In the first quarter the company reported better-than-expected revenue that increased by 50% year over year, and that's on top of 59% full-year growth in 2018. The company has yet to produce a profit, but that's the result of investing heavily to grow its market share -- a strategy that continues to bear fruit.

Shopify's promising growth should continue, though it will eventually moderate. For the upcoming second quarter, the company is guiding for revenue in a range of $345 million to $350 million, which would represent growth of 42% at the midpoint of its guidance. Wall Street is slightly more bullish, with analysts' consensus estimates coming in just above the high point of management's forecast.

With Shopify's impressive history of growth and the ongoing investment it's making to expand both its market and its merchant tools, it appears that Beck is on to something.