Biotech stocks in general enjoyed a great first half of 2019. The biggest winners have been clinical-stage biotech stocks. Several of these smaller biotechs have quadrupled or more this year. 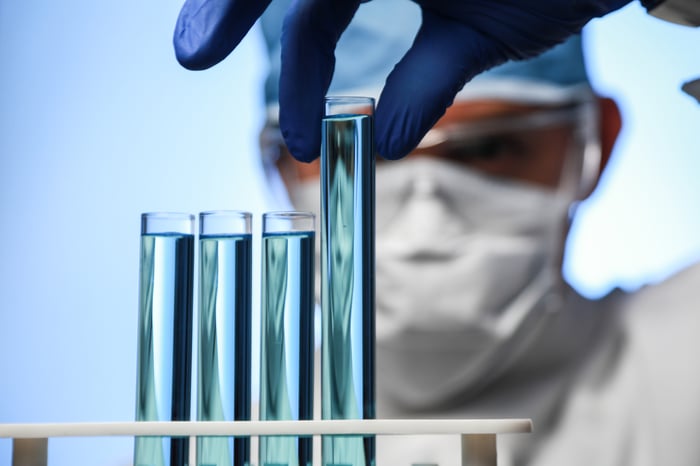 Wall Street likes Alexion, too. Analysts expect average annual earnings growth of more than 16% over the next five years. The average one-year price target for Alexion stock reflects a premium of more than 30% over the biotech's current share price.

Cara Therapeutics doesn't have any approved products yet. As a result, the biotech isn't in nearly as strong of a financial position as Alexion is. However, Cara's future looks very bright.

Assuming the results from the second late-stage study are successful, Cara should have a really good shot at winning FDA approval. And it already has a major partner lined up to commercialize Korsuva for the CKD-aP indication in countries other than the U.S., Japan, and South Korea. Cara is also evaluating an oral version of the drug in treating CKD-aP patients who aren't on hemodialysis, which presents an even bigger opportunity.

Korsuva could potentially generate peak sales in the CKD-aP hemodialysis indication alone of around $500 million. Cara's market cap is less than twice that peak sales figure. It's not surprising that the average one-year price target set by Wall Street analysts is 34% higher than Cara's current share price.

However, Vertex's most impressive CF drug could be on the market soon. The company plans to file for U.S. approval of a triple-drug combo of VX-445 (elexacaftor), tezacaftor, and ivacaftor in the third quarter with a European regulatory submission following in Q4. Vertex thinks that this triple-drug combo could enable it to treat 90% of all CF patients compared to only around 25% of CF patients that can be treated by its current drugs.

The biotech is also venturing outside of CF. Vertex teamed up with CRISPR Therapeutics to develop gene-editing therapies targeting rare blood diseases beta-thalassemia and sickle cell disease. In June, Vertex announced that it was acquiring Exonics Therapeutics and expanding its partnership with CRISPR Therapeutics to focus on developing gene-editing therapies for rare genetic diseases Duchenne Muscular Dystrophy (DMD) and Myotonic Dystrophy Type 1 (DM1).

Wall Street analysts think that Vertex stock could jump 20% in the next year. But with the realistic potential of generating average annual earnings growth of more than 40% for years to come and no serious competition yet, I think Vertex's longer-term prospects make it arguably the best biotech stock on the market.