Anthem (NYSE:ANTM) delivered a solid performance in April when it reported results for the first quarter. Investors were pretty happy with the health insurer's revenue increasing by 9.4% year over year and earnings jumping 11.5%.

Anyone wondering if Anthem could keep its momentum going got their answer when the company announced its Q2 results before the market opened on Wednesday. Here's what you need to know from Anthem's quarterly update. 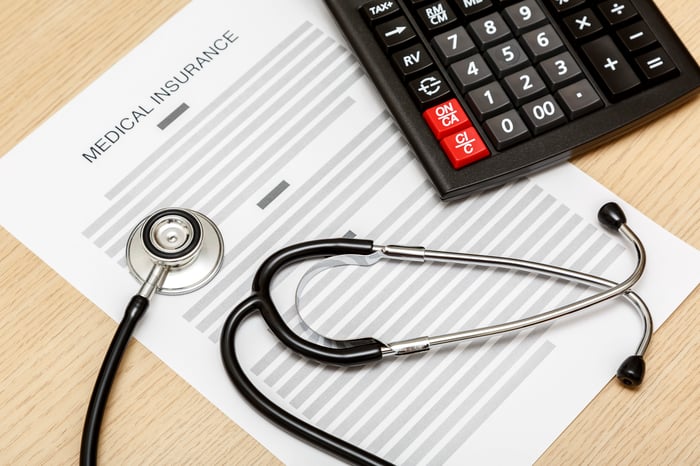 Anthem's top-line performance improved in the second quarter. Revenue jumped nearly 11% year over year to $25.2 billion. Analysts estimated that the company's revenue for Q2 would come in at $24.87 billion.

The company reported net income of $1.12 billion, or $4.36 per share, on a generally accepted accounting principles (GAAP) basis. This reflected solid improvement from the $1.05 billion, or $3.98 per share, reported in the same period in 2018.

Anthem announced adjusted non-GAAP earnings of $4.64 per share in the second quarter. This represented a 9% increase from the $4.25 per share reported in the same quarter of 2018. Analysts were expecting Q2 adjusted earnings of $4.61 per share.

Anthem also received a boost from its new IngenioRx pharmacy benefits management (PBM) business. The company's CEO, Gail Boudreaux, said that Anthem "began successfully migrating members to IngenioRx on May 1 and have received transition approvals from all of our 14 Blue [Blue Cross and Blue Shield] states and the majority of our Medicaid states."

However, Anthem's spending increased at a faster rate than its revenue did. Total expenses climbed 12% year over year to $24 billion. This increase was offset somewhat by lower income tax expense compared to the prior-year period.

Investors will also want to watch Anthem's continued transition of members to IngenioRx. This transition has definitely gotten off to a great start. Boudreaux stated that IngenioRx is tracking ahead of financial expectations. She added that Anthem now expects that IngenioRx will achieve the upper end of its guidance range of $0.70 to $0.90.