On Tuesday afternoon, Apple (AAPL -5.64%) proved to investors it isn't stuck in a cycle of declining revenue. After reporting a 5% year-over-year decline in revenue in fiscal Q2, it returned to top-line growth in its fiscal third quarter as services revenue hit a record high and growth in wearables sales accelerated. 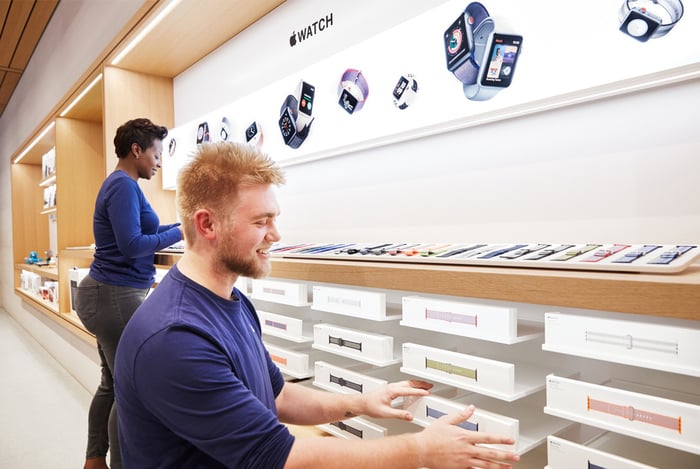