Please ensure Javascript is enabled for purposes of website accessibility
Free Article Join Over 1 Million Premium Members And Get More In-Depth Stock Guidance and Research
By Dan Caplinger - Jul 30, 2019 at 8:55AM

The industrial sector has had to deal with a lot of uncertainty lately, as economic conditions across the globe have been less than robust in many areas. For Cummins ( CMI 3.24% ), high demand for its engines within North America has been a saving grace in the recent past, but as problems in overseas markets mount, it's been increasingly difficult to sustain the rates of growth that investors want to see.

Coming into Tuesday's second-quarter financial report, Cummins investors were hoping that despite some pressures from currency impacts and economic slowdowns, the engine maker would be able to keep its revenue moving higher. Results didn't live up to expectations, and that will have implications for the company's performance for the remainder of the year. 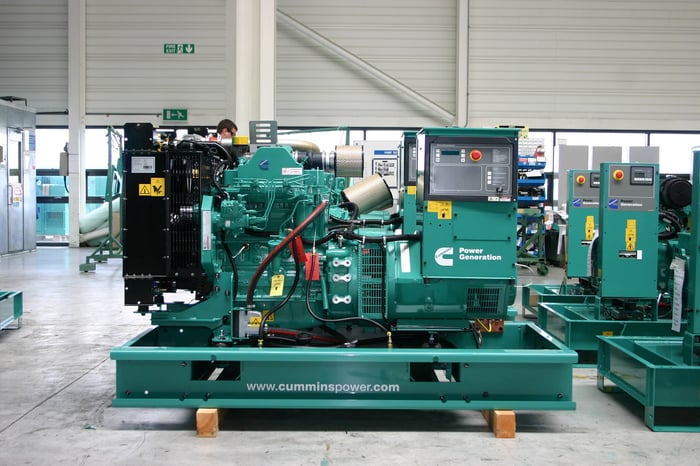 Record sales in North America were not enough

Cummins' second-quarter results weren't up to the standards that the company has set lately. Revenue of $6.22 billion was up just 1.5% from year-ago levels, and that was less than half the growth rate that most of those following the stock were expecting to see. Net income grew at a healthier 24% clip to $675 million, but the $4.27 per share in earnings fell short of the consensus forecast among investors for $4.41 per share on the bottom line.

From a geographical standpoint, Cummins once again saw the same dichotomy it has experienced for quite a while now. Sales in North America climbed 7%, setting a new record as it saw encouraging results in all of its business units except the power systems market. However, international revenue was down 6%, deteriorating further from its recent lackluster growth. Lower truck demand in China, Europe, Brazil, and India contributed to the downward pressure abroad, and currency impacts hurt overall revenue growth by 2 percentage points.

The distribution segment got the best performance, with a 2% rise in sales helping to drive segment adjusted pre-tax operating profit higher by 19%. Cummins said that strong demand for power generation equipment from North American data center clients outweighed lower demand in oil and gas markets. In the engine segment, sales were flat compared with year-ago levels, but a 15% rise in adjusted pre-tax operating earnings benefited from high demand for on-highway markets, especially in North America.

The company saw the worst sales performance in components, where the top line fell 2%, but strong margin expansion helped boost segment profit by 25%. Only in power systems did Cummins suffer on both fronts, as a 3% drop in sales led to 7% lower profits on weakness in oil and gas and mining markets.

What's next for Cummins?

At the same time, he sees a bright future: "While we do expect to see a moderation in demand in the second half of the year, our financial strength combined with our diversified geographic and end-market exposure will enable us to generate strong profits, continue to invest in future growth, and return cash to shareholders."

Yet those positive comments didn't stop Cummins from being cautious in its guidance. The company now expects 2019 revenue to come in flat compared with 2018, aiming at the low end of the 0% to 4% growth range it previously gave. The engine maker sees weaker truck demand internationally, as well as easing demand for parts in North America.

Investors weren't satisfied with those numbers, and the stock sank almost 6% in pre-market trading following the announcement. To make shareholders comfortable, Cummins will have to find ways to expand not only within North America, but also in harder-hit international markets, and generate the companywide success that the engine manufacturer has seen over the long run.

Why Cummins Stock Jumped 11.5% in July Despite Dismal Earnings