Please ensure Javascript is enabled for purposes of website accessibility
Log In Help Join The Motley Fool
Free Article Join Over 1 Million Premium Members And Get More In-Depth Stock Guidance and Research
By Keith Speights - Jul 31, 2019 at 6:00AM

Ironwood Pharmaceuticals (IRWD 1.08%) shareholders couldn't have been happy campers when the drugmaker reported its quarterly results in May. The company announced that revenue dropped by 0.6% from the prior-year period while its bottom line deteriorated significantly.

Any questions investors had about Ironwood's second quarter were answered when the company announced its Q2 results after the market closed on Tuesday. Here's what you need to know from Ironwood's quarterly update. 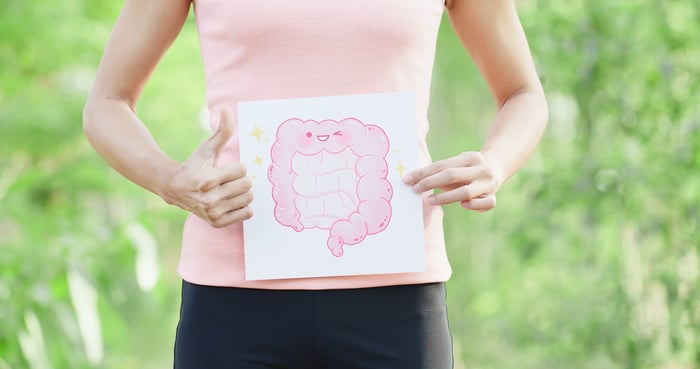 How did Ironwood's bottom line look in the second quarter? Much better. The company reported net income of $12.3 million, or $0.08 per share, on a generally accepted accounting principles (GAAP) basis, compared with a loss of $49.4 million, or a loss of $0.32 per share, in the same period in 2018. It marked Ironwood's first quarter to record a profit.

You can sum up the reason behind Ironwood's tremendous improvement in Q2 in one word: Linzess. Ironwood splits the U.S. profits on the gastrointestinal-disorder drug with its partner, Allergan. In the second quarter, Ironwood posted collaboration revenue of $75 million related to sales of Linzess, up from $69 million in the prior-year period.

Ironwood's partner for Linzess in Japan is Astellas Pharma. Japanese sales of the drug generated $24.9 million in revenue for Ironwood in Q2, up a whopping 183% year over year.

The company's expenses decreased by 38% to $80.6 million in the second quarter. The decline was driven, in part, by a significant decrease in restructuring expenses and a $3.2 million gain on lease modification.

In addition to reporting great financial results in Q2, Ironwood also announced that it will soon have a new home. The company said in June that it plans to relocate its headquarters to a new office in downtown Boston. Ironwood currently is based in Cambridge, Massachusetts. The move should be completed in the fourth quarter of this year. Ironwood expects to save more than $25 million over the next five years as a result of the relocation.

Ironwood reaffirmed its full-year 2019 guidance provided previously. The company still expects that 2019 revenue will be between $370 million and $390 million.

More good news could be on the way for Ironwood. The company expects to launch Linzess in China in the second half of this year along with its partner, AstraZeneca.

Ironwood and Allergan reported positive results in June from a late-stage clinical study evaluating Linzess on helping with bloating, pain, and discomfort in adult patients with irritable bowel syndrome with constipation. The companies have already started sharing the additional benefits identified in this study with healthcare professionals. Over the longer term, Ironwood anticipates reporting key data readouts from non-opioid pain reliever MD-7246 and acid reflux drug IW-3718 next year.