It's been a very good year for Amarin (NASDAQ:AMRN) so far. The stock was up more than 35% heading into the end of July. The company reported strong revenue growth when it released its first-quarter results in May.

Amarin announced its second-quarter results before the market opened on Wednesday. And it should keep the good times rolling with those results. Here are the highlights of Amarin's Q2 update. 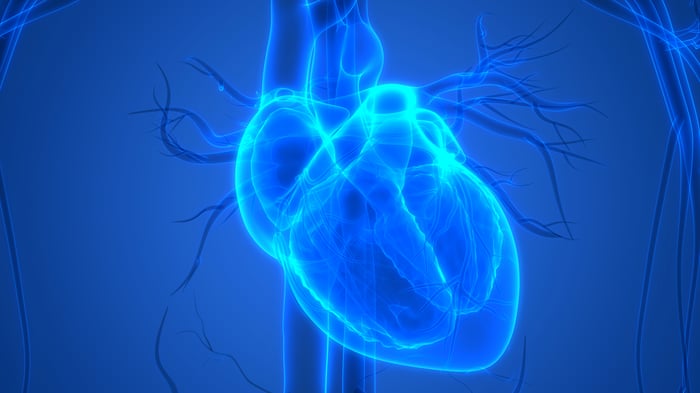 Amarin announced Q2 revenue of $100.8 million, a 91% increase from the $52.6 million reported in the same quarter of the previous year. The company's reported revenue also beat the average analysts' revenue estimate of $99.54 million.

Under generally accepted accounting principles (GAAP), Amarin's net loss in the second quarter was $1.8 million, or $0.01 per share. The company's bottom line worsened from the prior-year period GAAP net loss of $34.2 million, or $0.12 per share.

The company ended the second quarter with cash and cash equivalents of $221.8 million. However, Amarin completed an equity offering in July after the close of Q2. This generated net proceeds of around $439.5 million.

Amarin's triglyceride-lowering drug, Vascepa, continues to enjoy strong momentum. U.S. prescriptions for Vascepa soared by more than 70% year over year. The drug generated $100.4 million of Amarin's total revenue of $100.8 million. This came in at the upper end of the company's guidance range for Q2.

The company's bottom-line improvement in the second quarter stemmed in large part from this impressive revenue growth. However, Amarin's research and development (R&D) costs also fell 61% year over year with the company wrapping up its Reduce-It cardiovascular outcomes study.

This lower R&D expense was partially offset by higher selling, general, and administrative (SG&A) expenses. SG&A spending rose by 36% in Q2 to $73.4 million. The increase was primarily due to higher spending on promotional activities and costs for its sales force expansion. The company plans to double the size of its sales team, which means that SG&A costs will continue to increase.

Amarin CEO John Thero said that the "tremendous progress" achieved in the first half of 2019 "is just the start of realizing the significant commercial opportunity for Vascepa." Indeed, there are several key developments on the way that could make a big difference for Amarin.

The U.S. Food and Drug Administration (FDA) should announce its decision on expanding the indication for Vascepa to include the results from the Reduce-It cardiovascular outcomes study. It's not certain at this point whether the FDA will convene and advisory committee to review the regulatory filing.

Amarin also hopes to win approval in Canada before the end of 2019. In addition, the company plans to file for approval for Vascepa in Europe later this year.