There wasn't much to be thrilled about the last time ImmunoGen (NASDAQ:IMGN) announced its quarterly results in May. Revenue decreased. The biotech's net loss worsened.

But that's old news. ImmunoGen announced its second-quarter results after the market opened on Friday. It was a much different story this time around. Here are the highlights from the company's Q2 update. 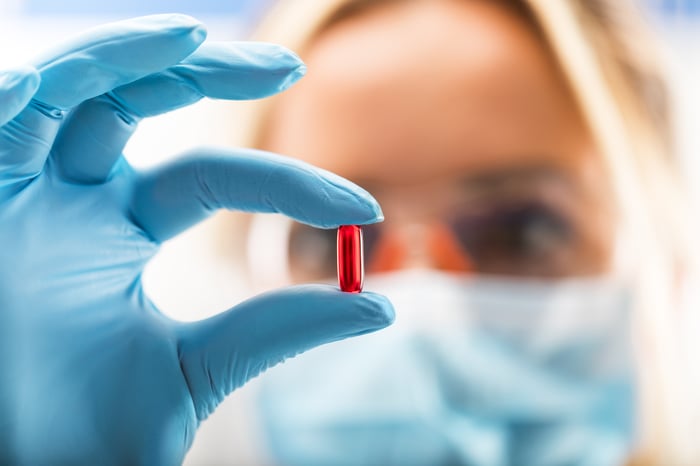 ImmunoGen announced that its revenue jumped nearly 67% to $15.5 million from the prior-year period total of $9.3 million. Analysts estimated that the company's revenue for the second quarter would come in at $9.48 million.

That big revenue jump stemmed in part from higher noncash royalty revenue of $10.2 million in Q2 versus $7.2 million in the prior-year period. ImmunoGen also benefited from higher license and milestone fees, including a $5 million milestone payment from its license agreement with Roche.

But ImmunoGen's bottom line deteriorated again despite the increase in revenue. The culprit was increased operating expenses. While the company's research and development costs declined significantly from the prior-year period, ImmunoGen recorded a large restructuring charge in Q2 that caused its net loss to worsen.

Since ImmunoGen doesn't have an approved product on the market yet, its pipeline development is in many ways more important than its financial results. The company made progress with its pipeline in the second quarter, including:

The biotech hopes to extend its cash runway through the readout of the pivotal study of mirvetuximab in treating platinum-resistant ovarian cancer. This study should begin by the end of the year after ImmunoGen meets with regulators in the U.S. and Europe.