As is typical during earnings season, several famous names reported their latest quarterly figures after market close tonight. One famous name didn't meet analyst estimates for the period, while another exceeded them.

Here are the details on the two -- Walt Disney (NYSE:DIS) and Hertz (OTC:HTZG.Q). 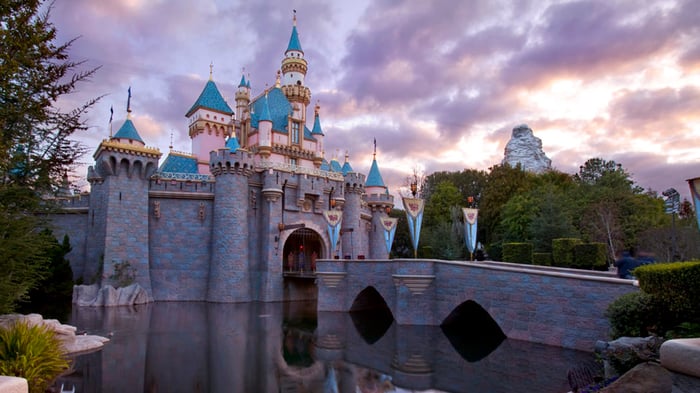 Shares of Walt Disney are among the most actively traded issues tonight following the company's release of its Q3 of fiscal 2019 results.

The entertainment giant disappointed on both the top and bottom lines. This, despite the fact that revenue jumped 33% higher on a year-over-year basis to $20.25 billion. Analysts, however, were expecting better. Collectively, they were projecting $21.47 billion in revenue.

Disney explained that earnings were affected by the integration of Twenty-First Century Fox's entertainment assets. It acquired these in a splashy $71 billion deal that closed just before the start of Disney's Q3.

On the bright side, even though revenue didn't measure up to expectations, it still grew significantly. Thanks to hit movie releases, Disney's studio entertainment (i.e., film) division saw a 33% lift in revenue. And the direct-to-consumer and international unit reported a nearly fivefold increase in its take to $3.86 billion, slightly higher than the revenue from studio entertainment.

Investors aren't fond of double misses, though, and they're giving Disney a bit of stink eye in post-market trading tonight. The shares are down by more than 3% as of this writing.

Hertz Global Holdings also released its latest quarterly figures, and in contrast to Disney, it soared past analyst estimates.

The company's core U.S. rental business was responsible for most of the growth. Its revenue increased by 10% during the quarter to hit $1.78 billion.

Hertz's stock -- which has been choppy over the past few years, not least because of buyout rumors circulating in late 2018 -- has risen by more than 5% tonight.