After reporting of second-quarter earnings, shares of Endo International (NASDAQ:ENDP), a maker of generic and branded pharmaceuticals products, were down as much as 11% in early-morning trading on Tuesday. Shares were down about 8% as of 10:37 a.m. EDT.

The headline numbers from the quarter weren't as bad as you might assume from the share price move: 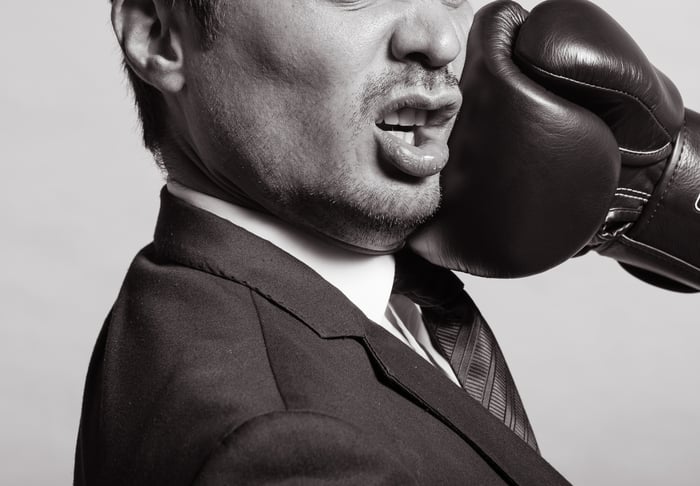 Traders might be selling off the stock today because the better-than-expected quarterly results didn't lead to a guidance boost.

Endo's stock remains under a tremendous amount of pressure. Shares are currently trading hands for just over one times full-year adjusted EPS guidance. That's an absurdly cheap number, but it is telling about how little faith Wall Street has in the future of this business.

It's possible that Endo might be a value stock at these levels, but you could have made a similar argument at prices that were far higher than they are today. My view remains that this stock is too risky to touch, no matter how "cheap" the share price gets.