Guardant Health reported Q2 revenue of $54 million, a whopping 178% increase over the prior-year period. The consensus analysts' estimate was for Q2 revenue of $36.4 million. The company also revised its full-year 2019 revenue guidance to between $180 million and $190 million, up from the previous range of $145 million to $150 million. 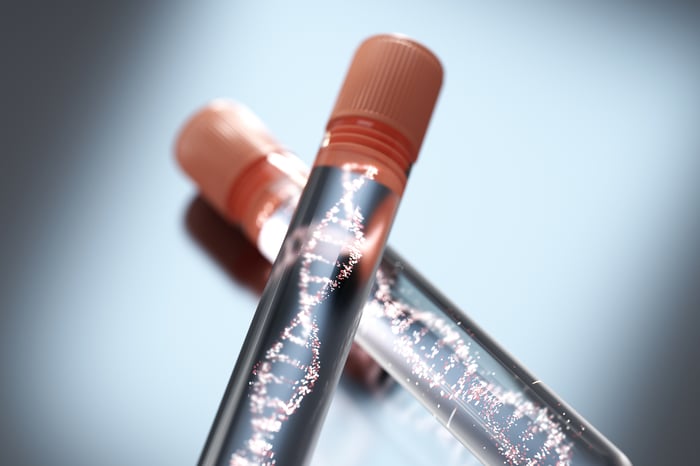 CEO Helmy Eltoukhy said in the company's Q2 conference call that to date, its Guardant360 liquid biopsy product "has been ordered by more than 6,000 oncologists more than 100,000 times for patients with advanced cancer to determine their appropriate therapy." He added that Guardant estimates that "clinical adoption of Guardant360 is still only in the mid single digits."

Investors are justifiably excited about the company's strong growth prospects, which were underscored by its better-than-expected performance in the second quarter. It's still very early for liquid biopsies, and Guardant is a clear leader in the market so far.

It could be interesting to see just how much momentum Guardant picks up over the next couple of years. The company estimates that the potential U.S. market for its products is well over $30 billion.

Its LUNAR assay test is tremendously important for Guardant Health in reaching that big market. The company said that it's on schedule to release a Clinical Laboratory Improvement Amendments (CLIA) validated version of the LUNAR assay for prospective clinical trials by the end of this year, which will give the assay a stamp of approval from the Centers for Medicare and Medicaid Services (CMS).

Guardant also expects that a final Medicare local coverage determination (LCD) could be issued for Guardant360 later in 2019. Both milestones could be significant catalysts for the stock in the near future.