Please ensure Javascript is enabled for purposes of website accessibility
Log In Help Join The Motley Fool
Free Article Join Over 1 Million Premium Members And Get More In-Depth Stock Guidance and Research
By Keith Speights - Aug 8, 2019 at 6:00AM

Pipeline progress was the big story in Q2 for this clinical-stage biotech.

Sangamo Therapeutics (SGMO 3.50%) keeps things interesting. Some investors might have been tempted to throw in the towel on the biotech stock earlier this year after Sangamo announced disappointing results from its phase 1/2 clinical study of SB-318 in treating rare genetic disease mucopolysaccharidosis type I (MPS I). But the biotech roared back several months later with positive results for experimental hemophilia drug SB-525.

The company reported its second-quarter results after the market closed on Wednesday. Here are the highlights from Sangamo's Q2 update. 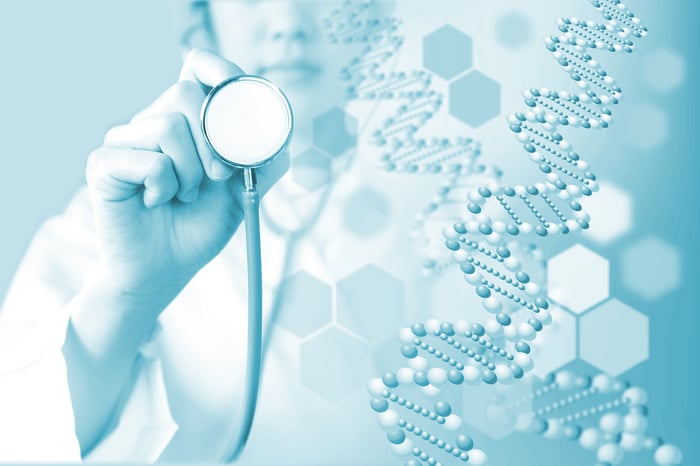 Sangamo reported second-quarter revenue of $17.5 million, down 18% from the prior-year period. The average analysts' revenue estimate was $13.58 million.

Sangamo ended the second quarter with cash, cash equivalents, and short-term investments of $450.3 million. This was an increase from the $400.5 million on hand as of Dec. 31, 2018.

No one expects a lot from Sangamo in terms of revenue right now since the biotech doesn't have an approved drug on the market. Sangamo's revenue stems primarily from collaboration agreements. The company's lower revenue in Q2 resulted from a decline in money received from its collaboration with Pfizer.

Sangamo anticipated that its operating expenses would increase in the second quarter -- and they did. Total operating expenses jumped 26% year over year to $51.1 million. Higher research and development spending was the main factor for this increase, with R&D costs rising 25% over the prior-year period to $36.5 million largely as a result of manufacturing and clinical trial expenses. The increased operating expenses combined with lower revenue served as a double-whammy to Sangamo's bottom line.

The main developments in the second quarter for Sangamo related to its pipeline. The most important of these developments was the presentation of updated phase 1/2 data for gene therapy SB-525 in treating hemophilia A.

Sangamo is anticipating operating expenses will be between $210 million and $220 million for full-year 2019. The company also thinks that the current available cash, cash equivalents, and investments should be able to provide funds through the end of 2021.

The company expects to enroll the first patient in its clinical study evaluating experimental gene therapy ST-920 in treating Fabry disease by the end of this year. It also remains on track to file for European approval this year to begin a clinical study of TX200 in kidney transplants.