Shares of video-streaming leader Netflix (NFLX 1.53%) have been trending lower ever since it reported its first U.S. subscriber loss in nearly a decade as investor fears around competition continue to mount. Disney is preparing to launch a discounted bundle that will include Disney+, ESPN+, and Hulu for $12.99 per month -- the exact same price as Netflix's most popular plan. There is no shortage of other competing services in the pipeline, either.

Here's one bullish signal that should give investors a little bit more confidence in Netflix. 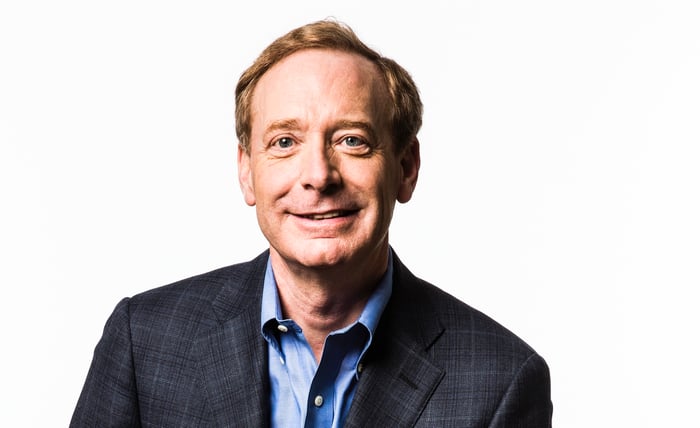 The best kind of insider buy

Last week, Netflix director and Microsoft exec Brad Smith scooped up roughly 6,500 shares of Netflix, according to a Form 4 filing on Friday. The total cost of the transaction was a hair over $2 million. The trades were made as part of a Rule 10b5-1 trading plan, which allows corporate insiders to buy and sell securities without violating insider trading laws.

Importantly, this is the first open market purchase by an insider in seven years. It was not related to any options exercise or other type of equity grant, although Smith does hold plenty of options. Netflix's corporate bylaws do not require directors to hold any position in the company, either. Smith joined Netflix's board back in March 2015, and Netflix CEO Reed Hastings had previously served on Microsoft's board of directors until stepping down in 2012.

Open market purchases are widely considered the most meaningful of insider transactions, since the insider is voluntarily opening their wallet to invest more in the company as opposed to receiving equity-based compensation. In no uncertain terms, Smith's purchase is a vote of confidence in Netflix's ability to wage the streaming wars in the years ahead.

However, Smith's $2 million investment is relatively small in the grand scheme of his net worth. The Microsoft general counsel sold $25 million worth of Microsoft shares earlier this year and took home nearly $12.6 million in total compensation (mostly stock) last fiscal year alone, according to regulatory filings.

Still, investors that may be rattled by recent volatility might find comfort knowing that a director chose to make a meaningful personal investment at a time when Netflix faces considerable uncertainty as competition intensifies. The company is becoming increasingly cost-conscious following a series of expensive high-profile flops like Triple Frontier, which starred Ben Affleck and Oscar Isaac.

That newfound frugality may weigh on Netflix's original content portfolio. For example, Bojack Horseman production designer Lisa Hanawalt recently attributed the cancellation of Tuca & Bertie, one of her other projects, to Netflix's algorithm.

None of this makes a difference to an algorithm, but it's important to me and the way I want to continue making art in this world. 🐦🐤🐍🐢🐧🐵❤️🤠

Original content is king in 2019, and the price of that content is going up as companies large and small bid up TV shows and movies for their own subscription services.