Argentinians went to the polls yesterday, with many voicing their displeasure over the policies of President Mauricio Macri. As a result, he lost the primary election by a wider-than-expected margin. That outcome sent shockwaves across the country's financial sector since it increases the odds that he won't win re-election in October. Macri won only 32.1% of the vote, badly trailing Alberto Fernandez, who teamed up with former president Cristina Fernandez de Kirchner as his running mate. 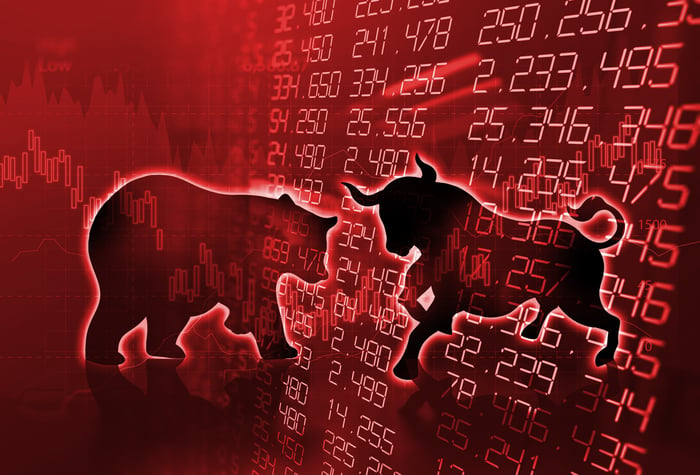 The market interpreted Macri's defeat as a clear sign that that country intends to reject his government's business-friendly economic policies this October. That stoked fears that the country's economy, which is already in a recession, might worsen. Loma Negra's CFO Marcos Gradin, for example, noted on the company's second-quarter conference call in June that the current economic expectations "call for a 1.4% contraction in GDP for this year." However, he pointed out that economists see it "recovering gradually only after the second half, reaching growth of 2.2% by 2020." That outlook, however, is now in doubt.

The unexpected election result also weighed on the country's currency, the peso, which lost 25% of its value compared to the U.S. dollar. Because of that, bond prices in the country fell, which caused yields to rise. These factors weighed on the shares of Argentina-based companies. The foreign exchange fluctuation, for example, hurts because these companies record revenue and earnings in pesos, which are now worth much less. Meanwhile, the increase in interest rates will likely make it more expensive for these companies to borrow money. Utilities, oil producers, and industrial companies like cement-makers all tend to take on lots of debt so that they can maintain and upgrade their equipment. On top of that, there's the potential for less business-friendly policies, which could impact the earnings potential of the country's largest publicly traded companies.

While the market anticipated that President Macri wouldn't emerge as the winner during the recent primary, it still thought he had a chance to win re-election in October. With that outcome now in doubt, the market is repricing the potential for greater economic turbulence in the coming year. A further weakening of the economy would impact demand and prices for electricity and natural gas, hurting utilities like Central Puerto, Pampa Energia, and Transportadora de Gas del Sur. Likewise, it would dent demand for commodities like cement and oil, which would hurt Loma Negra and YPF. Given that uncertainty, investors are better off avoiding Argentinian stocks right now.