A weak LED market and trouble in China led to soft guidance.

Shares of Cree (WOLF -2.68%) slumped on Wednesday after the LED and semiconductor company reported its fiscal fourth-quarter results. While Cree beat analyst estimates for revenue and earnings, a weak first-quarter outlook sent the stock lower. Cree stock was down about 16.2% at 11:30 a.m. EST.

Cree reported fourth-quarter revenue of $251.2 million, down 5% year over year but $2.25 million above the average analyst estimate. Revenue from the Wolfspeed segment grew 22% to $134.2 million, while LED products revenue slumped 25% to $117.0 million. The Wolfspeed segment includes silicon carbide and gallium nitride materials, as well as power devices and RF devices. 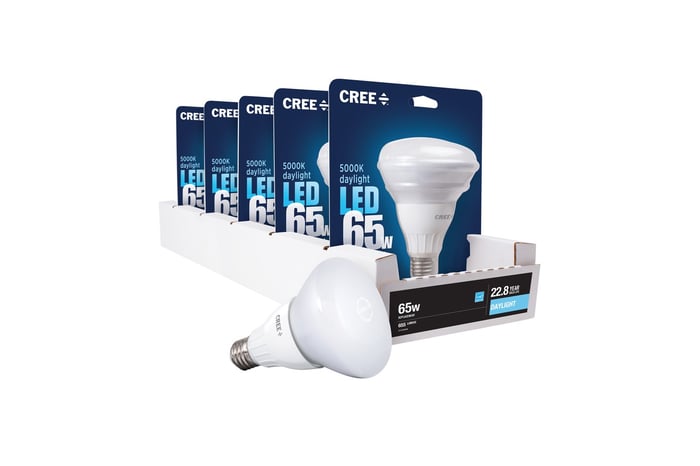 Non-GAAP (adjusted) earnings per share came in at $0.11, down from $0.14 in the prior-year period but $0.01 higher than analysts had been expecting. "We are pleased with our performance in the quarter as non-GAAP earnings per share was within the top end of our updated range despite the challenging operating environment," said Cree CEO Gregg Lowe in prepared remarks included in the earnings release.

That challenging environment will continue into Cree's fiscal first quarter. The company expects to produce first-quarter revenue of $237 million to $243 million, along with a non-GAAP net loss per share between $0.03 and $0.07. Analysts had been expecting revenue guidance of $259.2 million and a non-GAAP profit of $0.15 per share.

The weak guidance was due to the Huawei ban and softness in the LED market. This outlook prompted analysts at JMP Securities to downgrade Cree stock to "market perform" Wednesday morning, citing concerns that demand will be soft for longer than previously anticipated.