Find out what impact an acquisition deal had on these stocks.

The stock market moved higher on Monday, aided by friendlier talk on the trade front. Comments from President Trump at the G7 summit in France struck a more positive tone, opening the possibility of talks not just with China, but also with Iran. Major benchmarks were up nicely, but some stocks posted even bigger gains. PDC Energy (PDCE -9.95%), SRC Energy (NYSEMKT: SRCI), and Hibbett Sports (HIBB -1.35%) were among the top performers. Here's why they did so well.

Shares of PDC Energy and SRC Energy jumped 17% and 12%, respectively, after the two energy companies announced an agreement to combine their operations into a single unit. Under the terms of the all-stock deal, SRC shareholders will receive 0.158 PDC shares for every SRC share they own. Given that SRC is the target company, it's easy to see why its shares are on the rise. The deal puts an enterprise value of about $1.7 billion on SRC. 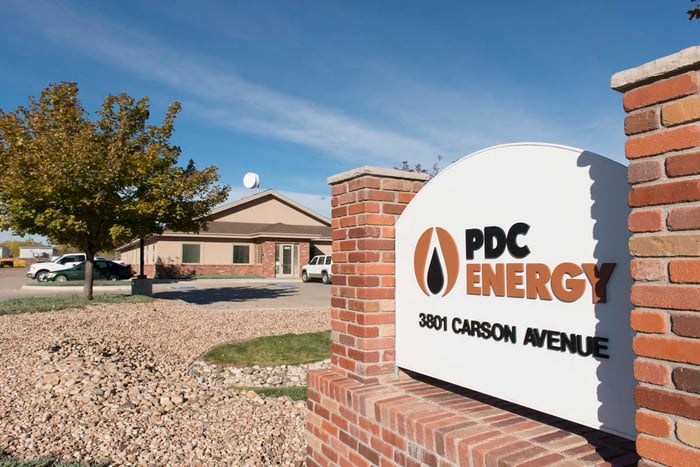 What's more unusual is that PDC Energy shares are going up as well. Acquirers often see their stocks fall after proposing a deal, especially if the price tag seems to be higher than is justified by the assets. However, buying SRC is a smart move for PDC, because it will be able to combine related assets in the Denver-Julesburg basin area of Colorado and make smarter, more efficient decisions about developing their resources there. Consolidation has been rampant in the energy sector, and the rewards that PDC and SRC investors are getting show just how important it is to build up scale in the current industry environment.

Finally, shares of Hibbett Sports gained 10%. The sporting goods retailer's stock took a big hit last Friday in the wake of its second-quarter financial results, which included a tepid 0.3% increase in comparable sales and a net loss on an adjusted basis. Yet upon further reflection over the weekend, Hibbett investors seemed to look more closely at the positives in the report, such as more favorable updated guidance for the remainder of the year. In particular, back-to-school season appears to be going well, and the acquisition of City Gear has helped spur growth in some key areas. If Hibbett can make good on its long-term strategic vision, then its stock could well keep bouncing back from last week's drop.