Vault is now its biggest sales driver. Here's what that means.

Back in 2015, Veeva Systems (VEEV -0.38%) -- a software-as-a-service (SaaS) company for the pharmaceutical industry -- announced a bold goal: By 2020, it would have a run rate of $1 billion in annual subscription revenue.

By the end of that calendar year, it had collected just over $300 million in subscription revenue. Reaching $1 billion in half a decade was a tall order. But during this week's earnings announcement, Veeva revealed that it had met its goal -- 18 months ahead of time. 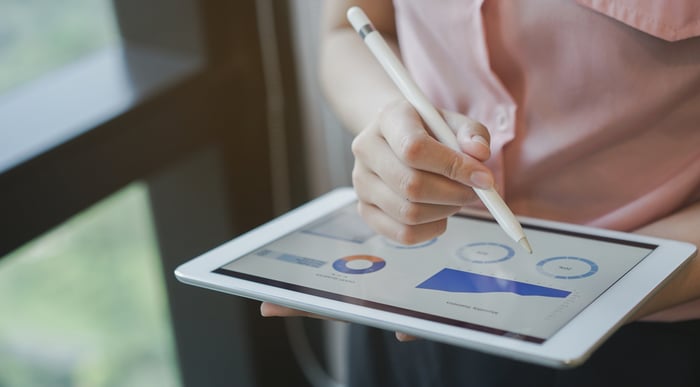 We'll get to what that milestone means below. But first, let's review how the company did on the headline numbers.

These results continue a trend we saw during the first quarter: earnings growth that far outpaces sales growth. This makes sense, as Veeva spent tons of money at the outset to built its two core products, Veeva Commercial Cloud and Veeva Vault.

The company is still building new tools, but it costs next to nothing to roll out these two core products to new customers. Each additional customer drops more revenue to the bottom line. That helps explain why gross margin for subscriptions expanded 270 basis points year over year to 85.5% -- an impressive feat.

Veeva was also able to accomplish this growth while only increasing its (non-GAAP) sales budget by 16%. This is important for two reasons: It shows that Veeva can attract new customers and get existing ones to upgrade at less cost, and it also allows the company to put more toward research and development. The budget in that department remained high, growing 26%. But that investors should like that: It's from R&D that ever more Veeva products will evolve.

Obviously, hitting the $1 billion mark so early is an enormously positive sign. It's not, however, all that surprising. Investors have been well aware of Veeva's brisk growth, sending shares up almost 550% in the past five years.

But that growth is hardly tapped out. Among the announcements from the company's quarter:

The company also announced that Vault now accounts for over half of Veeva's revenue. While this is (again) not terribly surprising, it shows how popular the service is, as it only went live seven years ago.

Veeva also said that while its new Nitro data warehouse was adding clients, competition from IQVIA was creating a headwind. Also, adoption of the company's new AI tool, Andi, is still in the very early innings.

Management laid out the following forecast:

While the stock is trading down slightly following the release, investors should remember that it is up over 80% in 2019 alone. What's far more important is that Veeva continues to draw in customers and up-sell existing ones on new products like Nitro.