On a good day for the major benchmarks, Best Buy fell despite beating expectations, while shares of Dollar General surged on strong sales gains.

Investor sentiment about the possibility of new trade talks with China grew more positive Thursday, sending the Dow Jones Industrial Average (^DJI 1.47%) and the S&P 500 (^GSPC 2.39%) higher in light trading ahead of the holiday weekend. The industrial and technology sectors led the market.

As for individual stocks, shares of Best Buy (BBY -1.15%) and Dollar General (DG 0.20%) moved in opposite directions despite both retailers reporting better-than-expected profit. 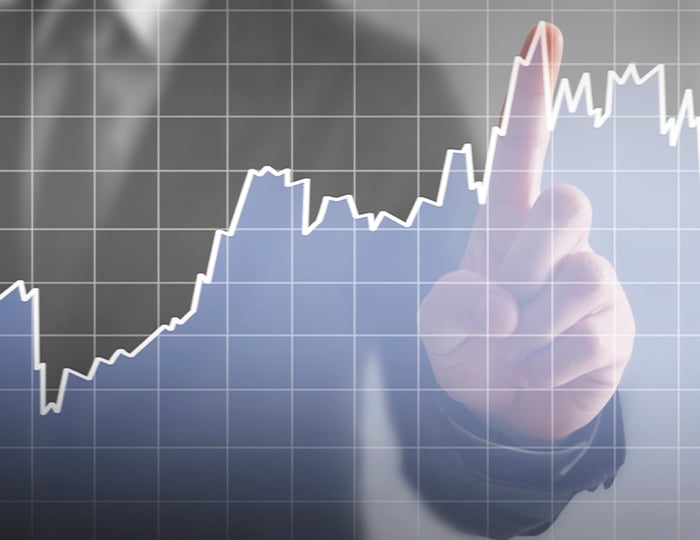 Best Buy paints a murky picture of the holidays

Shares of Best Buy fell 8% after the consumer technology retailer reported mixed results for the second quarter and gave guidance that raised questions about the critical holiday season. Revenue grew 1.7% to $9.54 billion, just missing the analyst consensus of $9.56 billion. Earnings per share were up 19.7% to $1.08, well ahead of expectations for per-share profit of $0.99. Comparable sales inched up 1.7%, improving on the 1.1% increase last quarter.

Best Buy raised its revenue and earnings guidance for the full year but gave investors reasons to worry about the fourth quarter. The company provided strong EPS guidance for Q3 but raised its full-year forecast given six months ago by only $0.10 to $0.15, less than the total amount by which the company has already beat its own projections for the first two quarters. Also, softness in the gaming category and the impact of tariffs led Best Buy to cut the top end of its full-year comparable-sales growth estimate from 2.5% to 1.7%.

Dollar General reported second-quarter results that exceeded expectations and raised its guidance, sending shares up 10.7%. Net sales increased 8.4% to $6.98 billion and adjusted earnings per share grew 14.5% to $1.74. Analysts were expecting the company to earn $1.57 per share on sales of $6.89 billion.

Dollar General raised its guidance for the year and tamped down concerns about the impact of tariffs. The company says it now expects 2019 sales growth to be about 8%, compared to earlier guidance of 7%. EPS, including the impact of tariffs and excluding some legal expenses, should be between $6.45 and $6.60, compared with its earlier forecast of $6.30-$6.50. The company said on the conference call that it had reduced its sourcing exposure to China by 7%.