Despite higher markets, earnings were these stocks' downfall.

Stocks soared higher on Thursday, lifted by hopes that the U.S. and China will cease escalating their trade war. Most major indexes gain between 1% and 1.5%. Yet some companies had to deal with earnings shortfalls and other challenges that caused their share prices to fall. Ollie's Bargain Outlet Holdings (OLLI -3.26%), Abercrombie & Fitch (ANF -5.61%), and H&R Block (HRB -0.58%) were among the worst performers. Here's why they did so poorly.

Shares of Ollie's Bargain Outlet Holdings plunged 27.5% after the discount retailer reported discouraging results for its second quarter. Revenue climbed 16% from year-ago levels, but comparable-store sales were down 1.7%, and adjusted net income fell 10% year over year. CEO Mark Butler pointed to accelerated store expansion that led to higher cannibalization from existing locations, and cost pressures also weighed on performance. Yet even after emphasizing the short-term nature of some of these difficulties, Ollie's cut its guidance for the full year, and investors can't even count on the company being able to see positive comps for 2019 as a whole. 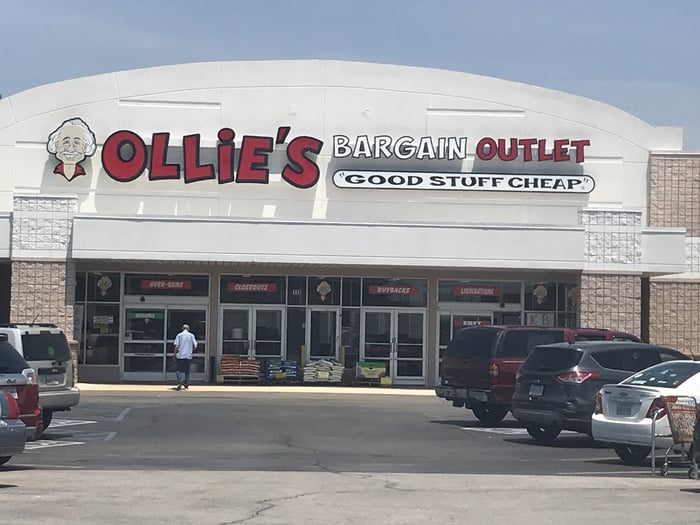 A&F goes out of style

Abercrombie & Fitch saw its stock fall 15% following its release of second-quarter financial results. The teen and young-adult apparel retailer blamed tariffs for some of its sluggish performance, which included a small decrease in revenue and ballooning net losses. CEO Fran Horowitz tried to paint the results in a positive light, noting that a "solid start to back-to-school in the U.S." is making the current quarter look somewhat better. A&F is one company that would potentially benefit greatly from reduced tariffs on Chinese goods, but it's far from clear whether a resolution to long-standing trade disputes will come in time for the holiday season this year.

H&R Block has a taxing quarter

Finally, shares of H&R Block dropped 9%. The company's fiscal first-quarter loss wasn't in itself a big surprise, given how little business the tax specialist does this time of year. But even those in the know were surprised to see net losses narrow by just 2% from the year-ago quarter, as revenue climbed 4%. H&R Block hopes that the recent acquisition of Wave will help it build relationships with small businesses. Yet investors still seem concerned that changes in tax laws might lead to weaker long-term performance for H&R Block's core business.