Please ensure Javascript is enabled for purposes of website accessibility
Log In Help Join The Motley Fool
Free Article Join Over 1 Million Premium Members And Get More In-Depth Stock Guidance and Research
By Demitri Kalogeropoulos – Aug 30, 2019 at 11:30AM

The apparel giant will announce its results on Thursday.

Investors have rewarded lululemon athletica (LULU -6.88%) for its strong growth over the last year. Shares are up almost 50% so far in 2019, with the company having blown past management's growth targets in each of the last five quarters.

That impressive track record implies good news when the apparel chain reports fiscal second-quarter earnings on Thursday, Sept. 5. But investors have a few concerns heading into that announcement, especially around cost and demand trends for the back half of the year. 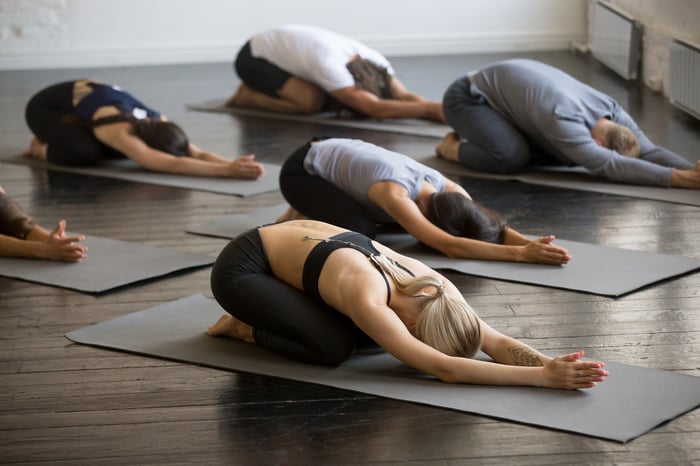 Lululemon has been gobbling up market share in both its online and brick-and-mortar selling channels, and those gains are likely to continue. Following a 22% revenue spike last quarter, and 24% growth for the full 2018 fiscal year, management predicted sales will rise to about $830 million in the second quarter, or 15% above last year's result. Most investors who follow the stock are predicting another beat, though, with Wall Street pros targeting sales of $845 million on average.

The company is facing stepped-up competition from rivals like Nike (NYSE: NKE), and it is increasingly pushing into new categories such as outerwear. Another strong sales quarter would show that CEO Calvin McDonald and his team have the right strategies in place to deal with these challenges. As usual, look for e-commerce to lead the way higher given that this channel soared 60% last quarter and is responsible for over one-quarter of annual sales.

CFO Patrick Guido warned investors in June to expect some soft profitability results this quarter. The company had noticed spiking shipment activity due to increasing tariff rates, and it responded to the backlog by moving some of its supply to air freight rather than shipping freight. We'll find out on Thursday how that move affected gross profit margin.

The longer-term trend is clearly positive on this score, though. Gross margin has improved by over 7 percentage points since 2015, and executives have predicted several more years of steady gains here thanks to the combination of several positive trends. These include the shift toward online selling; a tilt toward Lululemon's latest, high-margin product releases, and the chain's increasing economies of scale.

Lululemon lifted its full-year outlook following last quarter's results, but the boost was conservative given the blockbuster results to start the year. Management sees sales landing between $3.73 billion and $3.77 billion, which was below the $3.8 billion that Wall Street pros were predicting. Investors' expectations haven't changed in the last few months, which sets the stock up for potentially dramatic moves this week depending on that shifting outlook.

Affirming the 2019 targets would be a letdown for shareholders seeking market-thumping growth this year of close to 20%, but it would still leave the company on pace to easily surpass its goal of $4 billion of annual sales by 2020.

From there, its longer-term outlook targets a far higher revenue base as it expands into new geographies beyond its current focus on Canada and the U.S. Lululemon also sees the potential to greatly expand its presence in areas like outerwear and men's active clothing. Even modest progress toward those goals over the next few years would likely keep it among the market's standout growth stocks.