Major benchmarks extended the week's gains on Thursday after President Trump agreed to a two-week delay in tariff increases on Chinese imports that were originally to take effect next month. In a tweet late Wednesday evening, Trump called the decision "a gesture of good will" as the United States and China work toward resolving their trade war.

All told, the Dow Jones Industrial Average (DJINDICES:^DJI) closed up around 0.2%, and the S&P 500 (SNPINDEX:^GSPC) enjoyed a slightly more pronounced gain.

As for individual stocks, AT&T (NYSE:T) slipped after providing an update on its performance amid pressure from an activist investor, while Anheuser-Busch InBev (NYSE:BUD) rose after reiterating potential plans for its Asian IPO. 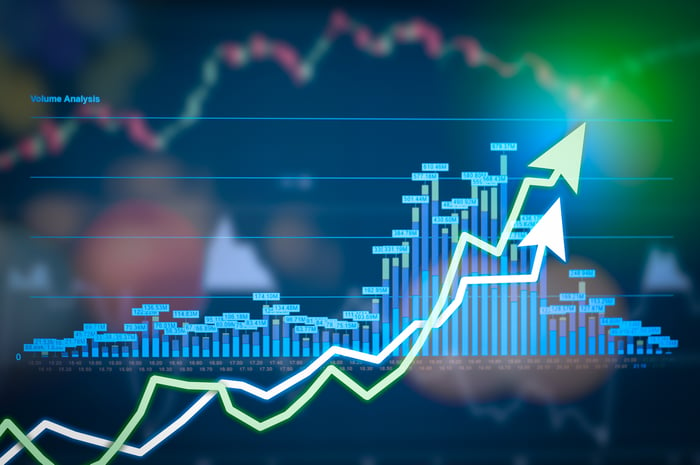 AT&T wants to go its own way

AT&T fell nearly 3% early this morning, then partly recovered to close down about 1% after CFO John Stephens reiterated the company's short-term earnings outlook and its strategic plan to create more value from its merger with Time Warner.

Stephens also said revenue at AT&T's WarnerMedia subsidiary is expected to fall by around $400 million in the third quarter -- albeit with "no overall impact" to earnings this year -- driven by a "tough comparison" to last year's strong movie slate from Warner Bros.

The update came during a presentation at this year's Bank of America Merrill Lynch Media, Communications & Entertainment Conference. But the timing of Stephens' comments seems to be no coincidence, as AT&T stock climbed earlier this week on news that activist investor firm Elliott Management had taken a large ($3.2 billion) stake in the company. Elliott also reached out to AT&T's board to pressure it to take a number of steps to maximize shareholder value, including divesting noncore assets, reducing expenses and improving operational efficiency, expanding its board, and deleveraging its balance sheet.

When that news broke, I suggested AT&T would "likely ... push back" against at least some of Elliott's proposals in favor of pursuing its own strategic direction. Much to the chagrin of investors hoping Elliott Management's pressure will yield fruit, Stephens' presentation today is being perceived as an attempt by AT&T to validate doing exactly that.

AB InBev jumped 3.4% today after announcing it's still exploring the possibility of an initial public offering of a minority stake in its Asia-Pacific subsidiary (excluding Australia) on the Hong Kong Stock Exchange.

For perspective, AB InBev previously canceled plans for the IPO in July, opting instead to divest its Australian subsidiary in a deal valued at $11.3 billion. But the company noted at the time that it was still interested in potentially pursuing the Asian offering -- through which it hoped to raise as much as $9.8 billion -- if it could "be completed at the right valuation."

AB InBev was quick to offer the caveat that "no assurance can be given that this transaction will be completed," adding that it will depend on "a number of factors and prevailing market conditions."