Betting that consumers will pay more for high-fidelity audio has decidedly not worked out well for Apple (AAPL 0.11%). The Mac maker launched the $350 iPod Hi-Fi over a decade ago, only to discontinue the premium speaker less than two years later. Determined to repeat history, the company launched the $350 HomePod in early 2018. It remains on sale even though it suffers from poor demand. 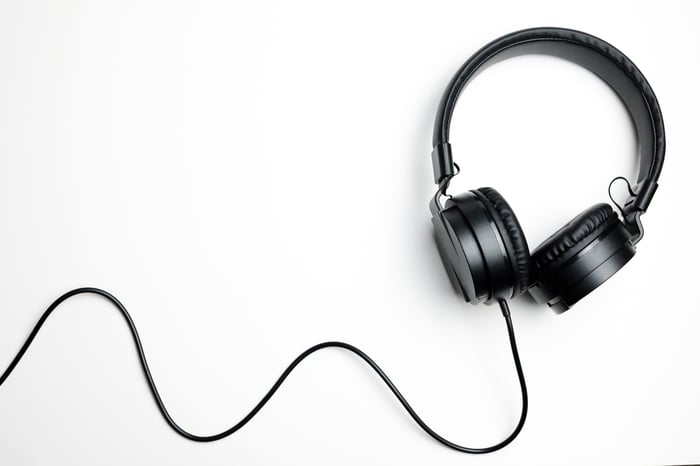 Except not in hardware

Amazon has introduced a high-fidelity tier for its music-streaming service called Amazon Music HD, which offers lossless audio tracks in high definition and ultra high definition that can be streamed or downloaded. Subscribers will need a strong internet connection for streaming, as well as headphones or speakers that can support HD audio. MusicBusinessWorldwide had previously reported in April that the e-commerce giant was working on such a service.

The service costs $13 per month for Amazon Prime members or $15 per month for non-Prime members, considerably more than the standard plan that costs $8 per month. Existing Amazon Music subscribers get access the new tier for an extra $5 per month over what they're currently paying for either a family or individual plan. Standard plans from Apple Music and Spotify (SPOT 5.11%) each cost $10 per month before considering family plans or student discounts, and smaller players Tidal and Deezer each offer individual Hi-Fi plans for $20 per month.

Famed rock star Neil Young has been on a yearslong crusade espousing the benefits of high-fidelity audio, launching a high-fidelity music player and music-streaming service Pono back in 2015. In a profile in The New York Times last month, Young argued that low-quality streaming was ruining music. Unsurprisingly, Young is a fan of Amazon Music HD.

"Earth will be changed forever when Amazon introduces high quality streaming to the masses," Young said in Amazon's press release announcing the new tier. "This will be the biggest thing to happen in music since the introduction of digital audio 40 years ago."

How big is the audiophile market?

Judging from all of the previous attempts by multiple companies to expand into high-fidelity audio, it seems apparent that this is a small niche within the broader market.

Paid music-streaming leader Spotify had tested out a lossless audio version of its service, which cost an extra $5 to $10 during the test, back in 2017, but has yet to move forward in officially launching a high-fidelity plan.

Presumably, Spotify would have done so by now if it felt such an offering would gain meaningful traction in the market. If Amazon's efforts to bring high-fidelity audio to the mainstream prove successful, investors can expect Apple and Spotify to follow the tech giant upmarket.